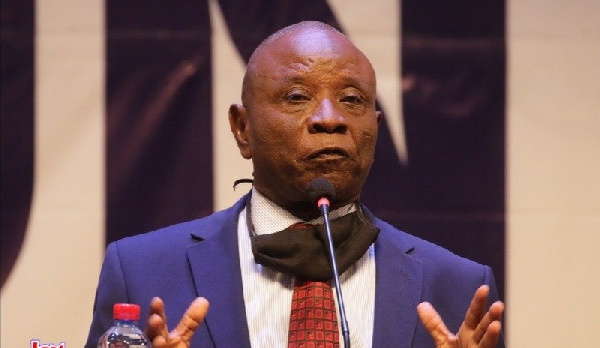 Carl Ebo Morgan, an Independent Presidential candidate has hit out at the New Patriotic Party (NPP) and the National Democratic Congress (NDC).

Mr. Ebo Morgan speaking in a Presidential debate organised by JoyNews on August 13, 2020 for independent candidates said the two leading political parties have run out of ideas for the people of Ghana.

He blamed the NDC and the NPP and said they are responsible for ruining this country and they only repeat promises made to the people of Ghana in every political season and as such we should do away with them in this year’s election.

“We need to change this establishment parties that have caused all Our woes. They have no new ideas, they just kept recycling what they presented in 1992”.

The Independent Candidate stated clearly that he has not witnessed any new ideas by the two major parties in the country and as such he is running for the Presidency, in order to give Ghanaians alternatives which will benefit the country.

“I have not seen any new evidence. I’m here to present an alternative which I think you all will be happy with me and Ghanaians will give me the nod to lead the country”.

Meanwhile, the Ghana Pentecostal and Charismatic Council have asked political parties to ensure decency in their campaign messages.

Chairman of the Council Rev. Prof Paul Frimpong Manso said there will the need for the parties to put out messages of fact that can be substantiated.

He advised that the political parties should follow the process of appealing to the emotions, zeal and the intellects of Ghanaians with the messages.