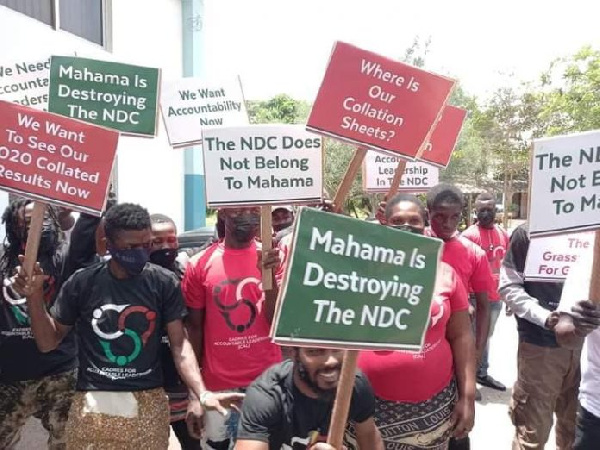 Deputy General Secretary of the National Democratic Congress (NDC), Peter Boamah Otokunor has hit out at a group that presented itself as cadres of the party demanding accountability from the party’s 2020 flagbearer, John Mahama.

The group held a press conference on Tuesday and called on John Mahama to produce the party's independently collated election results from the December 2020 polls.

They did also issue a 14-day ultimatum to the leadership of the NDC to produce collated figures or the pink sheets.

However, speaking on Citi FM's Eyewitness News Mr Otokunor said the request by the group “is something that should be ignored and treated with all the contempt it deserves”.

“We are a very serious political party. We don’t joke at all. We are not a fan club. We do not know the group. In fact, I won’t glorify them with the dignity to look at what they have written,”

Mr. Otokunor also challenged the credibility of the grouping which described itself as the Cadres for Accountable Leadership.

“That organization is non-existent. It is a figment of somebody’s imagination. Somebody just created that to do mischief and I think they should be treated with the contempt they deserve,” he said.

Mr. Mahama is coming off an unsuccessful election petition where he tried to force a run-off of the 2020 election after alleging the Electoral Commission padded President Akufo-Addo’s vote tally, among other claims.

The group said it would hold a series of protests to drum home their displeasure in order to have their demands met.

It also asked the NDC to render an apology to the Electoral Commission if its claims in the election petition were false.