NPP climaxes 2016 campaign today with 'Battle is the Lord's' rally 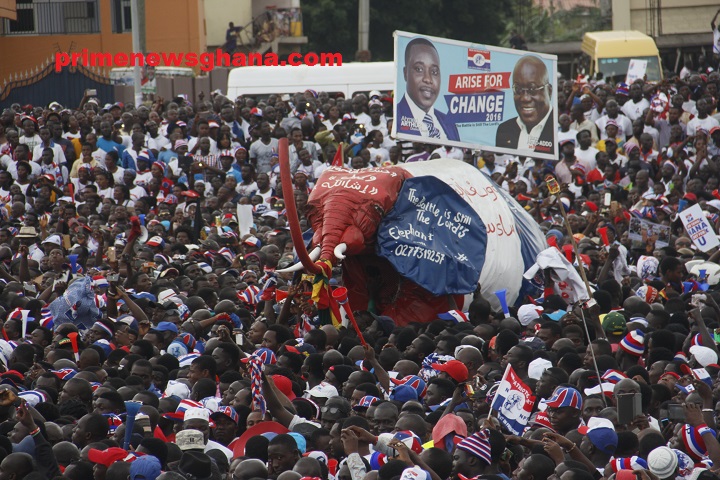 Thousands of supporters of the opposition New Patriotic Party (NPP) are expected to throng the Ghana International Trade Fair Centre at La in Accra today [Sunday], December 4 for the party's finally rally ahead of the December 7 general elections.

The rally which is under the theme, ‘The Battle is the Lord’s’ will climax the party's 2016 campaign.

According to official communication from the party, the rally will start at 11:00am and will have 2016 Presidential Candidate, Nana Akufo-Addo, running mate, Dr. Mahamudu Bawumia, Parliamentary Candidates and all executives of and other important personalities of the party in attendance.

A church service will be held before speakers will begin addressing supporters.