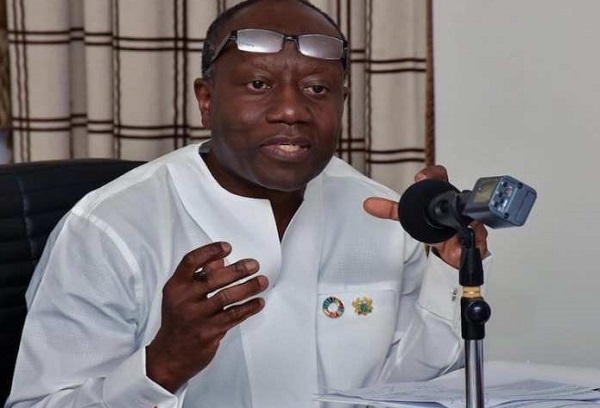 Ken Ofori-Atta the Minister for Finance

Ken Ofori-Atta the Minister for Finance has quashed fears that the termination of the Power Distribution Services (PDS) deal will adversely affect the relationship between the Government of Ghana and the United States of America.

Mr. Ofori-Atta says the termination of the deal is healthy even though both countries share varied views concerning the future of the agreement.

He also accepted that Ghana’s decision cost the country some US$190 million, he said the US also lost the opportunity to use Ghana to evacuate power, although the country had a more favorable environment for that to be done.

READ ALSO: US unhappy over the termination of PDS deal says it's unwarranted

Speaking to Bernard Koku Avle on Citi TV’s current affairs program, The Point of View, the Finance Minister said that the two nations are focused on building a much stronger relation following the PDS debacle.

“In every relationship, there will be a point of departure. The point of departure is the interpretation of events and that is okay. I think that it is healthy but what does that mean? It means that America does not get to use Ghana to evacuate power because I think that we are the best place to get it done and then we also do not get US$190 million. But the relationship is much stronger than that. I suspect that this too will pass and we will go on to be great partners,” he said.

According to him, the US government’s withdrawal of the second tranche amount of US$190 million now gives Ghana more time to select the partner.

READ ALSO: Why Ghana should keep the PDS concession deal

The government had initially planned to use restrictive tendering to select the new partner due to the limited time it had.