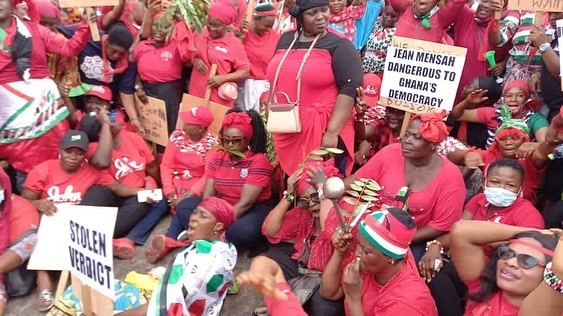 Hundreds of opposition National Democratic Congress (NDC) supporters in the Ashanti Region have marched to protest the outcome of the 2020 elections.

They are being led by the National Women’s Organiser of the NDC, Hannah Bissiw. 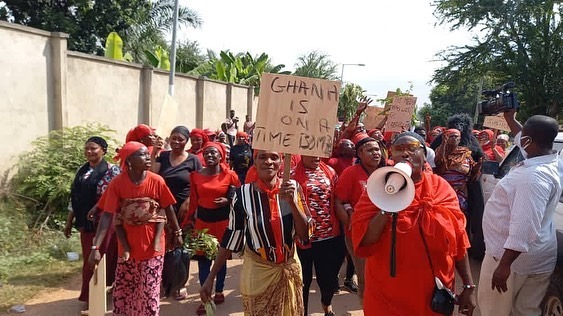 The supporters are clad in black and red attire are protesting the outcome of the just-ended elections. 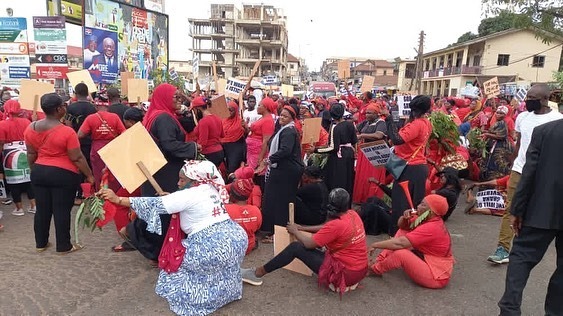 The planned to march on the Electoral Commission’s (EC) premises but were stopped from entering the EC’s premises at the end of their march by security personnel. 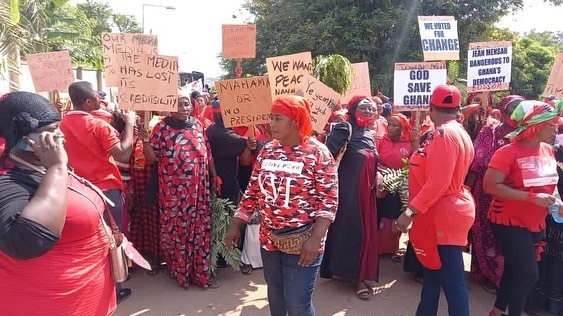 Madam Bissiw in a Citi News interview said they want the EC to rectify errors in the election results and also make peace with aggrieved parties.

“We are Ghanaian women and citizens of this nation, and we voted in the 2020 polls, but we feel that the Electoral Commission rigged the elections in favour of President Akufo-Addo and if we don’t get up, this country would turn into something that we all won’t like it.”

“So we are asking Jean Mensa to come back and sit with the political parties to correct whatever mistakes it did because if she does so, President Akufo-Addo will not be declared president.” 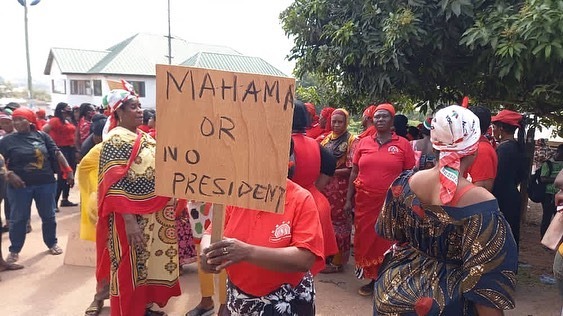