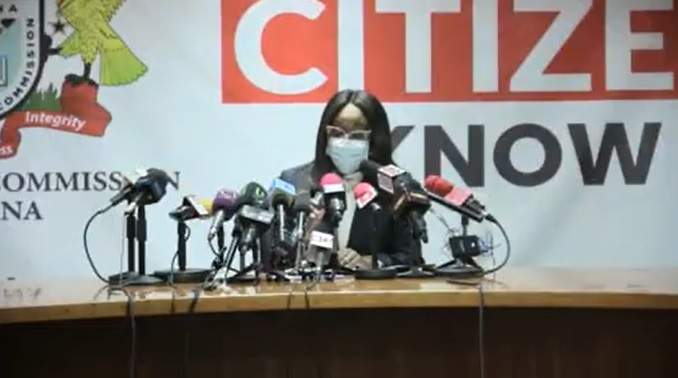 The Electoral Commission (EC) held a media briefing on September 14, 2020, on the procedures for the filing of nominations and receipts for the 2020 General Election.

The Commission indicated that for the first time in the country's electoral history, presidential and parliamentary aspirants would not physically pick nomination forms from the offices of the EC but would have to download the forms from its website for processing.

The Commission said the move was part of the safety protocols for curbing the spread of the novel coronavirus disease (COVID-19).

The guidelines for nominations would be available on the EC's website http://ec.gov.gh/ for political parties and candidates to access.

Per Ghana's electoral laws, aspirants seeking to contest parliamentary and presidential elections are to file their nominations with the EC.

Over the years, aspirants or their representatives would visit the offices of the EC at the district, regional or national levels to pick the nomination forms, which were completed and filed at a later date.

The atmosphere on such occasions was usually dramatic, characterised by drumming, singing, dancing and sloganeering.

The latest move by the EC would thus end the funfair of picking and filing of forms.