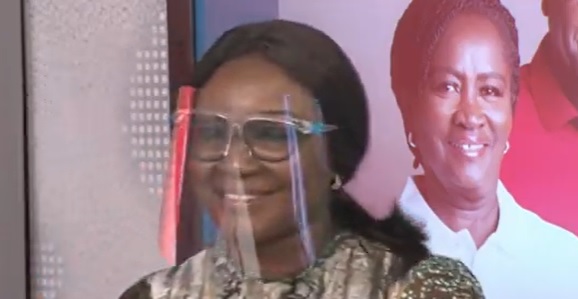 The spokesperson for John Mahama says her nomination raises the bar for women in politics and that is a new standard that has been set.

Ms Mogtari speaking on Joy FM's Newsfile on July 11, 2020, says she comes with a rich vein of experience and this will be the new benchmark that other political parties will copy to put women in high places.

READ ALSO: Prof. Opoku-Agyemang's nomination not enough to give NDC victory because of Mahama - Ursula Owusu

"Prof Jane Naana Opoku-Agyemang is a new benchmark, not an existing standard. This is someone who For the first time this is a woman who is more than qualified to even run for President, let's not undervalue her contribution to education, the policies she introduced among others. She could have gone the corporate way and made all the money, but she used what she has to build the confidence of women"

The two NPP officials have come under some criticisms from the NDC and other feminist organizations who believe certain comments they made after the nomination of Prof. Naana Jane Opoku-Agyemang were sexist.

Even though Abdul Malik Kweku on the same show said the comments were not sexist, Ms Mogtari says they were downplaying the capabilities of Ms Opoku-Agyemang because of her gender.

Prof Naana Jane Opoku Agyemang was selected by John Mahama to partner him as running mate as the country prepares for the 2020 general elections.

Her selection and confirmation by the NDC have been widely praised as a first for a major political party in the country.

Many women groups have hailed her selection, saying it is a good sign in the fight for women emancipation and gender equality.