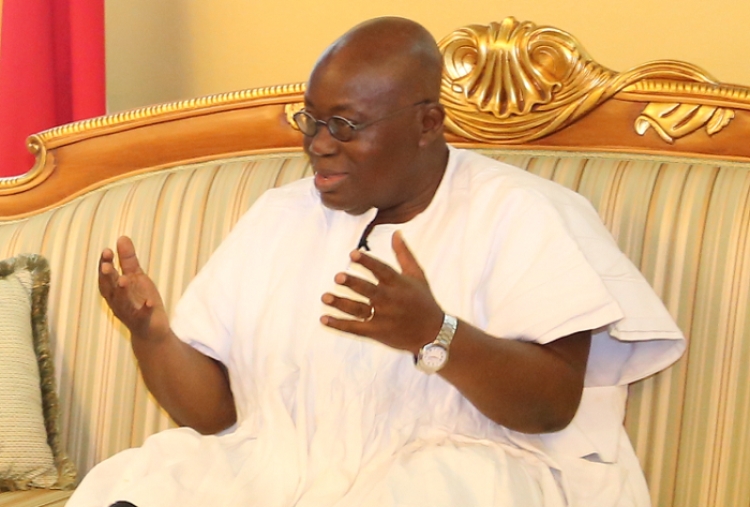 Nana Akufo-Addo received his primary education at the Government Boys School and went to Orielly Secondary School, and later at the Rowe Road School (now Kimbu), both in Accra Central. He went to England to study for his O Level and A Level examinations at Lancing College, Sussex. He returned to Ghana in 1962 to teach at the Accra Academy before going to read Economics at the University of Ghana, Legon, in 1964, earning a BSc(Econ) degree in 1967. 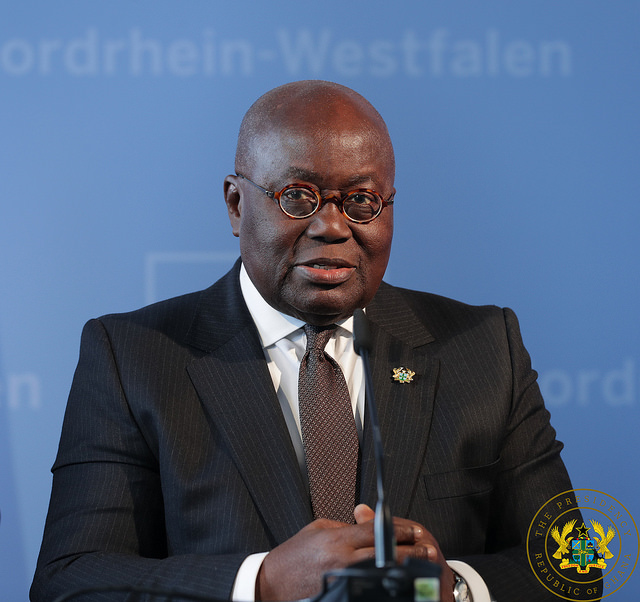 Nana Akufo-Addo stayed in France for three years as a lawyer at the now-defunct New York-based international law firm Coudert Brothers. Apart from the welcome exposure to the dynamics of international corporate transactions, his stay in France also made him fluent in French.
Akufo-Addo has served on the boards and committees of a number of political, legal, and social organizations in the country.

Nana Akufo-Addo was well known for giving free legal assistance to the poor and fought for the rights and liberties of the Ghanaian people. Indeed, many of the important constitutional cases of the modern era, which, inter alia, protected the independence of the judiciary and the right of the citizen to demonstrate without the police permit, were undertaken by him. He is acknowledged as one of the leaders of the pro-democracy movement in Ghana.

At the age of 33, Nana Akufo-Addo became the General Secretary of the broad-based Peopleâ€™s Movement for Freedom and Justice (PMFJ), which was composed of political stalwarts such as Akwasi Amankwa Afrifa, William Ofori-Atta, Komla Agbeli Gbedemah, Adu Boahen, Sam Okudzeto, Obed Asamoah, Godfrey Agama, K. S. P. Jantuah, Jones Ofori-Atta, Johnny Hanson and Nii Amaah Amartefio ("Mr. No"). This group led the "NO" campaign in the UNIGOV referendum of 1978, ultimately bringing about the downfall of the Acheampong military government on 5 July 1978, and the restoration of a multiparty democratic rule to the country in 1979.

Nana Akufo-Addo had to go briefly into exile after the referendum, when his life was in danger. But, from Europe, he could be heard constantly on the BBC World Service, fighting against the military rulers back in Ghana and calling for a return to democracy.

In 1992 Nana Akufo- Addo became the first national organiser of the NPP and, later that year, campaign manager of the party's first presidential candidate, Prof. Albert Adu Boahen, the man of courage who broke the â€œculture of silenceâ€ in Ghana. 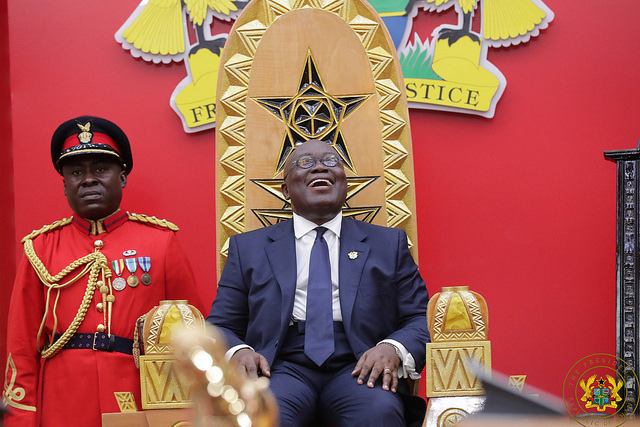 In 1995 Nana Akufo-Addo led the famous â€œKume Prekoâ€ demonstrations of the Alliance For Change (AFC), a broad-based political pressure group, which mobilised thousands of people onto the streets of Ghana to protest the Value Added Tax (VAT) initiative which was being introduced by the government of Ghana under the then President Rawlings.

Nana Akufo-Addo contested as NPP Presidential Candidate in 1998 for the first time and came second to J A. Kufuor. In 1998, the new NPP National Officers were elected in August, just two months after that they held the National Congress to elect the 2000 flagbearer. Nana had just 2 months to campaign and competed against a candidate who got 39.60% in the 1996 presidential election, J A Kufuor.

The cry was for â€˜No Change.â€™ â€˜No Changeâ€™ won. Nana understood and accepted the verdict of the delegates like a loyal and disciplined party man.

Nana Akufo-Addo resigned from the Kufuor government in July 2007 to contest for the position of Presidential candidate of his party, the New Patriotic Party (NPP), the then ruling party of Ghana, for the 2008 elections. Competing against 16 others, he won 48% of the votes in the first round of that election, but was given a unanimous endorsement in the second round, making him the partyâ€™s presidential candidate.

In the December 7, 2008, election, in the first round,Â President Akufo AddoÂ garnered more votes than John Atta Mills, the eventual winner. In the first round, Akufo-Addo received 4,159,439 votes representing 49.13% of the total votes cast, placing him first, but not enough for the 50% needed for an outright victory. It was the best-ever performance for a first-time presidential candidate in the Fourth Republic. In the run-off, Mills received 4,521,032 votes, representing 50.23%, thus beating Akufo-Addo. Akufo-Addo again contested in the 2012 national elections against the NDC candidate John Mahama and lost.

In March 2014, Akufo-Addo announced that he would be seeking his party's nomination to run in the 2016 Presidential elections, confirming what some of his supporters had said publicly.He is regarded as the frontrunner in the bid to be the NPP's presidential candidate.

However, Akufo-Addo took time off to serve as Chair of the Commonwealth Observer Mission for the South African elections in 2014.

Akufo-Addo is a non-smoker. He does not drink alcohol. He was a great sportsman and goes for early morning walks with his wife, Becky. He boxed as a boy. As a young man, Nana played football in the university soccer team at Legon. He also played alongside Edward Boateng, Anue Cofie and Jones Attuquayefio for the Real Republikans.