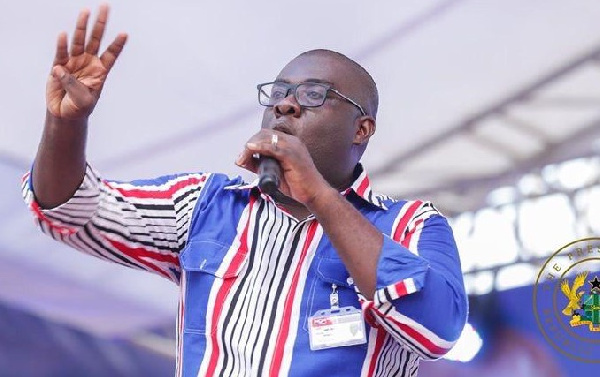 National Organiser of the NPP, Sammi Awuku says the party has put in place measures to deal with a lot of people contesting their primaries ahead of the 2024 elections.

According to him, the situation in 2007 where 17 individuals contested the primaries worked against the party.

He explained that not everyone can be the President of Ghana so if the numbers contesting are more than five there will be special voting.

"Now we even have a process where there are more than five... If you are more than five there is special voting... I don't think we will block but I believe that conventional wisdom should teach us that 17 aspirant in 2008 did not help us and I believe not all of us can get the opportunity to be commander in chief or president, it's about electability and winnability..."

Sammi Awuku noted that it is not out of place for people to start making their intentions known to contest their primaries in 2023.

The New Patriotic Party (NPP) has over the weekend held a thanksgiving service after its victory in the 2020 presidential elections.

The interdenominational service was held at the forecourt of the State House.

The service was under the theme “ Ebenezer, thus far the Lord has helped us, for the battle is the Lord’s.”

Other top government officials, party executives and members of the clergy were also in attendance.