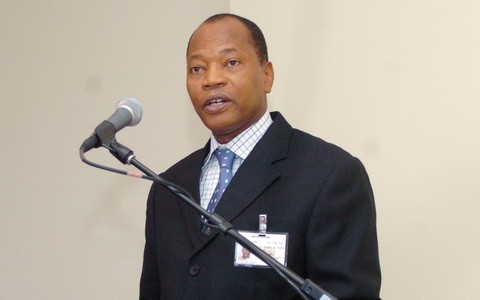 A Special Representative of the UN Secretary-General for West Africa and the Sahel, Dr Mohammed Ibn Chambas has advised African governments to tackle corruption head on to ensure efficiency and development within the continent.

Ibn Chambas made the call when he spoke at the maiden Ampomah-Martey-Alabi Leadership lecture organized by the University of Professional Studies Accra (UPSA) in the capital, Accra on Wednesday.

“National authorities should spare no efforts to tackle corruption and inefficiency and to enhance accountability in government,” Dr. Chambas said.

He explained that, for this to be possible, African governments must aim at “reducing the scope of distortionary, rent-seeking activities, eliminating the wasteful or unproductive use of public funds and providing the necessary domestic security.”

The UN representative also called on African leaders to undertake strategic reforms, including drastically reducing the size of their civil service in order to halt bureaucratic processes that government agencies adopt in executing their duties.

“African countries would also have to undertake a comprehensive reform of the civil service, aimed at reducing its size by enhancing its efficiency. In short, governments’ must create confidence in their role as a valued and trusted partner of private economic agents.”

Dr. Chambas during the lecture also advised leaders in Africa to seek the views of civil society organizations on economic policies.

“African governments would need to actively encourage the participation of civil society in the debate on economic policy and to seek the broad support of the population for the adjustments that are needed. To this end, governments would need to pursue a more active information policy explaining the objectives of policies and soliciting the inputs of those whom the policies are intended to benefit,” he added.

’75 million Africans paid bribes’
A study conducted by Transparency International revealed that nearly 75 million people in Sub-Saharan Africa are estimated to have paid a bribe in the past year – some to escape punishment by the police or courts, but many forced to pay to get access to the basic services that they desperately need.

The 2016 corruption perception index released by Transparency International also showed that the country rating had dropped by four percentage points, scoring 43 out of a clean score of 100.

The country was ranked 70 out of 176 countries globally; performing worse than countries such as Rwanda, Namibia and Senegal.

In a related development, the government has announced that the Office of the Special Prosecutor will be operationalised in 2018 to deal with corrupt government officials after a Bill legislating the creation of the position was passed by Parliament on Tuesday.