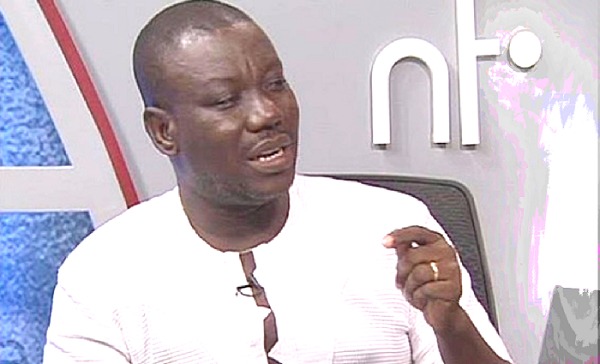 Member of Parliament for Bolgatanga Central, Isaac Adongo says the government's claims that they have put money in the pocket of citizens is an insult to the average Ghanaian.

On Wednesday, November 13, 2019, the Minister for Finance Ken Ofori-Atta whilst presenting the 2020 budget in parliament said government's flagship programmes has directly or indirectly put an amount of 12.2 billion cedis into the pockets of many Ghanaians since 2017 through its major initiatives and social interventions.

This statement raised some eyebrows as some Ghanaians said what the Minister claims was rather the opposite and that the said amount is nowhere in the pocket of the citizens.

Mr Adongo who was speaking on Joy FM's Newsfile on November 16, 2019, said the government's claim is rather an insult because the citizens are crying of hardship.

"They go out, they toil and yet do not make any better income, so if you say you have putting money in their pockets, it is irony and it is a big insult to the average Ghanaian," he added.

He said nursing trainees have also received a total of 336million cedis in the form of an allowance within the last three years while the government continues to subsidize for the BECE registration fee which has saved parents a total of 65 million cedis over the last two years.

Mr. Ofori Atta further mentioned that the electricity tariffs reductions effected by the PURC effective March 15, 2018, resulted in savings of 1.8billion cedis for a year for residential and non-residential customers which is money in the pockets of many Ghanaians.

“The over 350,000 jobs that have been created in the public sector including the 100,000 NABCO graduates have provided total earnings to them of 2.9billion cedis and that is money in their pockets” he added.