There's no doubt Mahama will win on Dec 7 - Bagbin 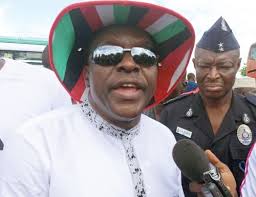 There is no doubt President John Mahama will be retained in the upcoming elections, Majority Leader and Member of Parliament for Nadowli West, Alban Bagbin has stated.

According to him, "A second term for President Mahama is incontestable, he'll get a one-touch victory" but "The only area of uncertainty is the number of parliamentary seats the NDC will win in the elections".

Speaking at the 2016 Campaign launch of the NDC at the Cape Coast Stadium on Sunday, Mr Bagbin said,"The leadership of President has given us [NDC] a solid, credible and convincing record to fall one".

"I am more than convinced that we are winning the Presidential and Parliamentary elections becuaseThe NDC is more formidable and united than ever before and has enough resources to execute a comprehensive and successful campaign", he added.