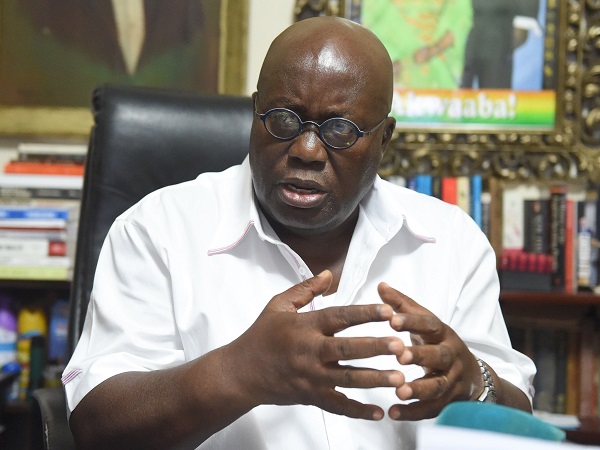 President Akufo-Addo has criticised the National Democratic Congress (NDC) for whipping up tribal sentiments in the ongoing voter registration exercise.

The NDC has accused the government of leading an agenda to disenfranchised some indigenes of the Volta Region after the Military were deployed to the region.

The NDC alleged that the Military was sent to intimidate residents and even said some of their members were arrested on the basis that they are from Togo.

The President in a Zoom meeting with NPP communication advisory team on July 12, 2020, denied that government had a tribal agenda and the opposition if rather towing that line.

"We have to do a campaign in Ghana which is not about where you come from and whipping up ethnic sentiment, that will not help this country. There are some comments that we have a tribal agenda to disenfranchised people in the Volta and Northern Regions I don't understand where that is coming from. This is deliberate and artificial from the opposition and some form of political gimmick".

The NDC has hit out at the government and has described the reasons they gave for the deployment of the military to the Volta Region as ‘hallow’ and ‘laughable’.

The two Ministers say the troops are merely there to enforce the border closure as part of measures to control the importation of Covid-19 into the country.

But, Member of Parliament for the area, Fiifi Fiavi Kwetey in an address at a press briefing cautioned the Akufo-Addo-government not to insult the intelligence of Ghanaians.

He insisted that government’s decision to invade the Ketu South Municipality with security forces is mainly to disenfranchise residents of the area.