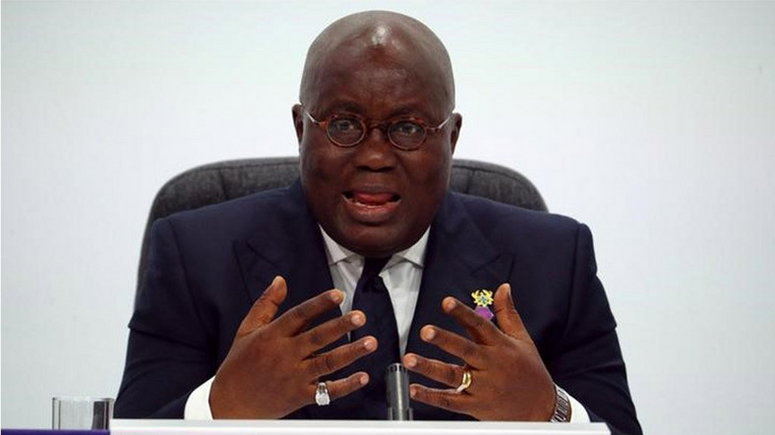 President Akufo-Addo has revealed two of his appointees are currently facing investigations over allegations of corruption.

The President did not disclose their identities. He was addressing members of the diplomatic corps at the New Year greeting session at the Peduase Lodge on Tuesday, January 28, 2020.

He was unhappy at what he describes as an unspecified generalization of corruption by some Ghanaians.

READ ALSO: Majority of Ghanaians are commending Akufo-Addo's gov't for fight against corruption

According to President Akufo-Addo, he is determined to build transparent government that exposes act of corruption.

"Two appointees of the executive are facing investigations, it is refreshing to note that none of the investigative agencies has ever indicated any pressure from the executive over their investigations. Should you members of the diplomatic corps be notified of any evidence of corruption against any of my appointees, I insist that they should be sent to my office to take action on the matter. That will be better than the unspecified generalization of corruption".

Ghana in the latest Corruption Perception Index dropped in the scores from 45 to 40 between 2012 and 2017 but began to score an improvement in 2018 albeit marginal.

The purpose of the office is to investigate and prosecute body to make inquiries into corruption, bribery, or other criminal cases at the national level whether they be in public or private sector.

Martin Amidu is the first to hold the position of special prosecutor.