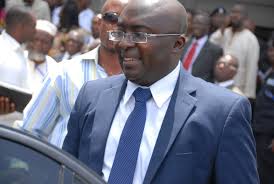 Dr. Mahamudu Bawumia has successfully taken the oath of office as the Vice President of Ghana during the official inauguration ceremony at the Independence Square in Accra.

He was officially sworn into office by the Chief Justice of Ghana, Her Ladyship Georgina Theodora Wood.

He also signed the oath book at the event which was attended by several dignitaries across the country.

Vice President Bawumia pledged the oath of Allegiance and oath of office after Prof. Mike Oquaye took the lead as the Speaker of Parliament early this morning.