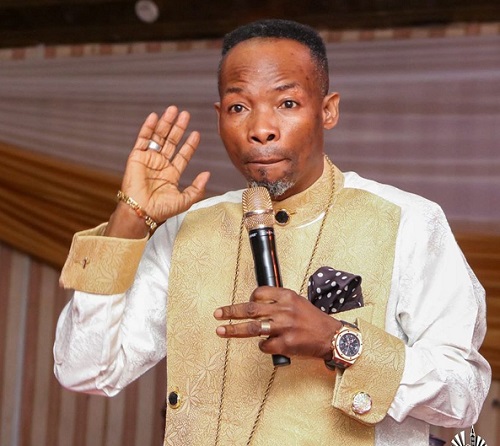 Speaking on Asempa FM's Ekosiisen he said one of the biggest challenges associated with ruling black people is that they are indiscipline.

"To rule over a black man is not easy, they are so many reasons. Even if you bring Jesus Christ to be President in Ghana it does not mean he can satisfy the needs of the over 30 million Ghanaians because we are controversial, our mindset is different, approach to life is different and we are not even discipline and that is our biggest problem"

He was one of the first clergies to predict victory for President Akufo-Addo leading up to the 2016 general elections and when asked if he is satisfied with the performance of the President so far, he said he is because there is some bit of peace reigning in the country.

"Everything isn't about money, if you are into spiritual stuff you will know there is a certain form of heavenly peace reigning in Ghana since Akufo-Addo became President. There is poverty everywhere but we have peace, he has also brought initiatives like Free SHS which has brought reliefs to many".

President Akufo-Addo will be seeking a second term after been acclaimed by the NPP.

He also selected current Vice President Dr Mahamudu Bawumia to be his running mate for the 2020 election.

President Akufo-Addo will come up against his closest rival John Mahama and Prof Naana Jane Opoku-Agyemang of the NDC.