Chief Executive Officer for the Databank Group, Kojo Addae-Mensah, is set to host a new and intriguing sports show on Accra-basedÂ Happy FM.

Ghana travels to Franceville today to prepare ahead of Cameroon clash

The Black Stars are expected to leave for Franceville in Gabon today to begin preparations for the semifinals clash against Cameroon on Thursday in the Africa Cup of Nations.

President of the Ghana Football Association(GFA) Kwesi Nyantakyi is optimistic Ghana will win the Africa Cup of Nations(AFCON) in Gabon after the Black Stars beat DR Congo to reach the semifinals for the sixth consecutive time.

Liverpool have wasted no time in getting Sadio Mane back after the forward exited the Africa Cup of Nations.

The Black Stars of Ghana put up a splendid performance to beat DR Congo 2-1 to head into the semi finals of the Africa Cup of Nations in Gabon.

Ghana will this afternoon face the Democratic Republic of Congo (DRC) in their AFCON 2017 quarter-final tie without their captainÂ and top marksman, Asamoah Gyan.

Messi sets date to marry mother of his kids

Argentina and BarcelonaÂ star, Lionel Messi is set to wed his longtime girlfriend and mother of his two kids,Â Antonella Rocuzzo. 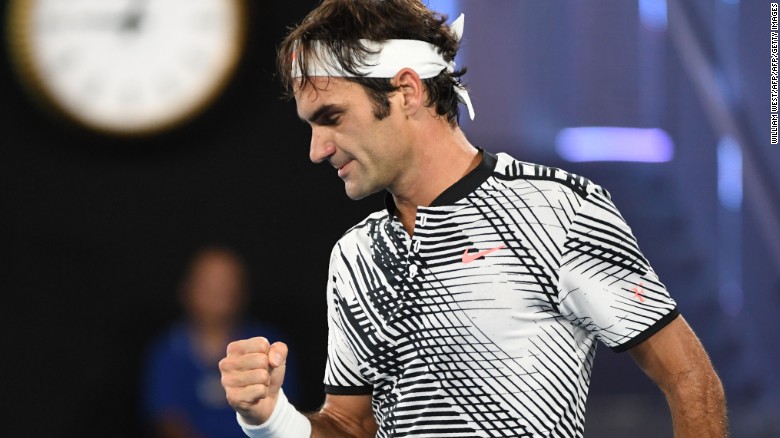 Roger Federer won his 18th Grand Slam title and first for five years with a thrilling five-set victory over Rafael Nadal in the Australian Open final.

They might have qualified from the group stage with two narrow wins and a defeat but the Black Stars of Ghana will be facing the real challenge in the Africa Cup of Nations(AFCON) against DR Congo in Oyem, Gabon today.

Sadio Mane's brilliant start of the Africa Cup of Nations in Gabon ended on a very sad note after missing a crucial penalty which gave Cameroon a 5-4 win to cruise to the semi-finals at the expense of Senegal.

Call her the record breaker and that will perfectly suit the unstoppable Serena Williams.

How Liverpool is struggling without Sadio Mane

Following their League Cup defeat to Southampton, Liverpool's miserable slump staggers on and the absence of one man is becoming all the more obvious.Â

The Ghana Football Association(GFA) has disclosed that, captain of the Black Stars, Asamoah Gyanâ€™s injury is a minor one as he could feature in Sundayâ€™s game against DR Congo.

The Black Stars of Ghana are expected to arrive in Oyem in Gabon today, where they would be playing DR Congo in the quarter finals clash on Sunday in the Africa Cup of Nations.

Manager Jose Mourinho said his Manchester United side "didn't lose" despite being beaten 2-1 by Hull in their EFL Cup semi-final second leg.

Patrice Evra's time in Italy is over after the Juventus man agreed a deal to return to France with Marseille.

Real Madrid crashed out of the Copa del Rey as calamity full back Danilo put through his own goal for the second time this month despite Cristiano Ronaldo's best efforts with a second-half free-kick.

Zinedine Zidane's team came into the game at Celta's Balaidos Stadium 2-1 down from the first leg after Iago Aspas and Jonny Castro had given the underdogs the lead at the Santiago Bernabeu.

But things went against them in the first half as they tried to get back on level terms. Ronaldo could have levelled the tie on aggregate but first he saw his header from Isco's cross pushed on to the bar by Celta goalkeeper Sergio Alvarez. Then when the ball came back out to him he could not adjust his feet and instead of a right foot finish, he sent a left-foot shot on to the post.Â

Things went from bad to worse for Madrid and full back Danilo on 44 minutes when the home side took the lead on the night.Â

Iago Aspas, the former Liverpool forward, flicked the ball through to John Guidetti and when his shot was saved by Kiko Casilla it hit back-tracking Danilo and rolled into the net.

The defender scored an own goal in the last round powering a header past his own keeper against Sevilla.Â

His confidence has been shot of late to the point where he was kept on the bench by Zidane at the Bernabeu at the weekend to save him from the boo boys.Â

His relationship with his own supporters will not have improved by this latest showing and Madrid now needed a second-half miracle.

If anyone can come up with a miracle it's Ronaldo and when he was fouled by Gustavo Cabral on 61 minutes it was a case of cometh the hour cometh the man.Â Â

The Portugal star's free-kick didn't seem to bend or dip but it was hit with such force that it went past the wall and Alvarez to make the score 1-1. Real Madrid now only needed a goal to take the game to extra-time.Â

But as they poured forward Celta got their golden goal to surely kill off the tie. Daniel Wass played the ball to substitute Jozabed and he laid it back to the Dane who calmly found the back of the net.

Madrid never know when they are beaten and on 90 minutes Lucas Vazquez headed in a corner leaving them needing one more goal to go through and four injury-time minutes to score it.

But the goal never came and Madrid crashed out of the; their chance of a treble this season, gone.Â  Mail Online

The 2017 Africa Cup of Nations(AFCON) in Gabon takes a break for two days after the last group match between Ghana and Egypt on Wednesday.

Egypt denied Ghana the top position in Group D after beating the Black Stars 1-0 to move top of the group as the two clashed in the last group game at Port Gentil, Gabon in the Africa Cup of Nations.

Coach Avram Grant has made four changes to the squad that played against Mali as the Black Stars of Ghana come face-to-face with Egypt in their last group game tonight in the Africa Cup of Nations(AFCON) in Gabon.

Captain Asamoah Gyan will lead the Black Stars against Egypt on the final day of Group D action at AFCON 2017, as Coach Avram makes four changes to the side that beat Mali 1-0 on Saturday to secure Ghana's qualification to the quarter-finals.

Usain Bolt will have to hand back one of his nine Olympic gold medals after Jamaican team-mate Nesta Carter tested positive for a banned substance.

Ivory Coast booted out of AFCON 2017

Defending champions, Ivory Coast have been eliminated from the AFCON 2017 currently underway in Gabon.

Defending champions, Ivory Coast will face a very tough challenge in their quest to qualify to the last eight of the Africa Cup of Nations(AFCON) in Gabon as they come against Morocco in their last Group C match.

Coach of the national team, the Black Stars, Avram Grant says they must beat Egypt in their last group game on Wednesday though Ghana has already qualified to the next stage of the competition.

Algeria crash out of AFCON after 2-2 draw with Senegal

Already-qualified Senegal held Algeria to a 2-2 draw to deny north African giants the chance to qualify for the quarter-finals of the Africa Cup of Nations in Gabon on Monday.

The winning bonus of the Black Stars has been slashed down from $10,000 to $5000-Sports Minister designate, Isaac Asiamah has disclosed.

Assistant coach of Kumasi Asante Kotoko, Michael Osei has been fired by the club, reports suggest.

Coach of the national team the Black Stars, Avram Grant has jumped to the defense of his team following criticisms by the public that the team play poorly especially in the second halves of both matches played so far.

The pitch at Port Gentil is not for football- Avram Grant

Coach Avram Grant continued to lash out at the poor nature of the Port Gentil pitch at Gabon where Ghana played two opening matches of the Africa Cup of Nations(AFCON).