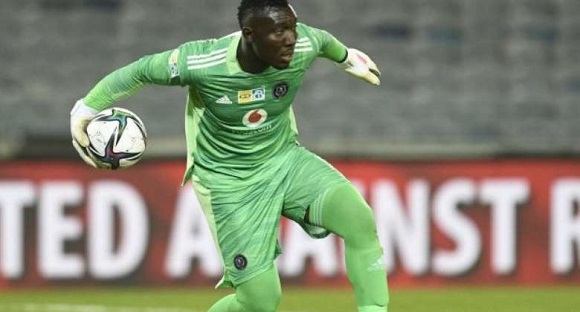 It is 26 years since Orlando Pirates of South Africa lifted Confederation of African Football (CAF) silverware, and a favourable draw has given them a good chance to end the drought this month.

The Soweto Buccaneers dodged the big guns in the quarter-finals, and face Al Ahly Tripoli of Libya in a semifinal first leg on Sunday believing they can overcome the north Africans on aggregate.

While Ahly are unlikely to be pushovers, they appear less formidable than TP Mazembe of the Democratic Republic of Congo or Renaissance Berkane of Morocco, both former title-holders who clash in the other semi-final.

Here, AFP Sport highlights five things to know before the first legs in a competition offering $1.25 million (1.19 mn euros) to the winners and a crack at the CAF Champions League winners in the Super Cup.

Hosts are three times more likely than visiting teams to win at the semifinals stage in the Confederation Cup, the African equivalent of the UEFA Europa League.

There have been 24 home and eight away victories while 16 matches were drawn since semi-finals began in 2009, five years after the competition was launched.

Home teams have scored 60 goals and away sides 29 with a 1.85 average per match well below the 2.28 of the CAF Champions League, the senior CAF club competition.

After building a slender 1-0 first-leg advantage in Soweto, the Buccaneers trailed by two goals in the return match soon after half-time and overall defeat loomed.

Kermit Erasmus then scored to trigger an amazing comeback that saw Pirates lead and Ahly equalise before the South African snatched a stunning 4-3 second-leg triumph in added time.

If Ahly want in-depth information about Pirates, they need only turn to Tripoli neighbours Al Ittihad, who won at home and draw away against the South Africans in the group stage.

However, one vital difference between those matches in February and April and now is that Pirates have ditched gaffe-prone goalkeeper Siyabonga Mpontshane and recalled fit-again Richard Ofori.

Ghanaian Ofori has solidified a defence in which veteran captain Harry Jele has been ditched, leaving Nigerian Olisa Ndah and Ntsikelelo Nyauza to man the central positions.

Congolese outfit Mazembe have won three and drawn three semi-final matches in the Confederation Cup, a competition were they have excelled.

The Ravens from the southern city of Lubumbashi lifted the trophy in 2016 and 2017 after finishing runners-up to record three-time winners CS Sfaxien of Tunisia nine years ago.

A concern for Mazembe, though, is the lack of a stand-out forward with eight players contributing to 11 goals in 10 games, and top scorers Jephte Bola, Christian Koffi and Adam Nzali notching just two each.

The 'Orange Boys' from the citrus-growing northeast of Morocco have reached the semi-finals for the third time in four seasons and aim to complete a hat-trick of final appearances.

They overcame a two-goal first-leg deficit against Sfaxien in 2019 to reach an ill-tempered title decider they lost to Zamalek of Egypt after a Moroccan official allegedly head-butted the referee.

Covid-19 reduced the 2020 semi-finals to single matches and Berkane ousted fellow Moroccans Hassania Agadir, then pipped Pyramids of Egypt in the final through a goal from Burkinabe Issoufou Dayo.