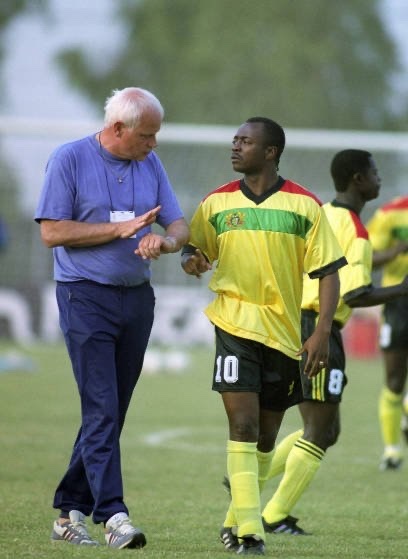 Former Ghana coach Otto Pfister has revealed that Abedi Pele and Samuel Eto are the two greatest players he has coached.

“Samuel Eto’o was a top striker, at his time he was one of the best strikers in the world.

Pfister added that Pele who made 73 times appearances for the Black Stars and is considered the greatest football player in the West African country is a genius in his position.

“But Abedi Pele for me in his position was a genius. He was so strong, he had skills, ha had anticipation, he can score. He was truly at the time one of the best playmakers in the world. Abedi was to me a wonder player,” Otto Pfister concluded

He headed the technical department of the national team from 1992-1993 and led the team to the final of the Africa Cup of Nations tournament in 1992.

During his time in Ghana, Pfister's fame transcended football. His unconventional style of wearing his trousers on the hip, rather than the waist, has become a fashion trend among the youth.