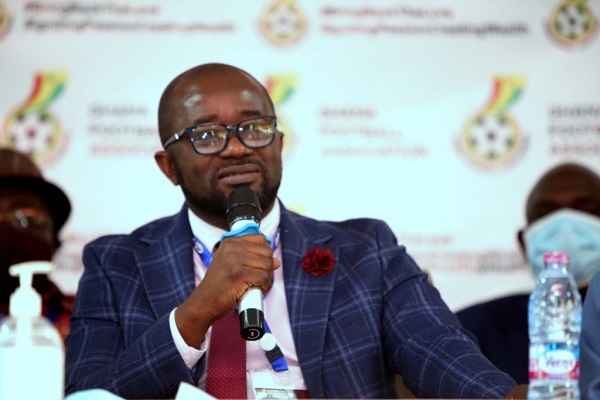 The President has once again stressed that there are only 3 three results in footballÂ andÂ clubs must accept it.

Kurt Okraku who has kicked off a series of meetings with Division One League clubs in the Brong Ahafo Region over hooliganism, called on theÂ leaders of clubsÂ to always ensure their fans appreciate mistakes committed by referees as part of the game.

He met representatives of BA United, Bofoakwa Tano, Nsoatreman FC, Young apostles and Unity FC on varied issues regarding the referees and match commissioners report, the need to report bad officiating for referees to be punished if they suspect foul play andÂ desist from the conduct of fans attacking referees at match venues.

He wants the Division One League clubs to be tolerant like other footballing nations.

"We consume football from other jurisdictions on our TV screens, we try to learn to improve our individual selves on the best practices in the sport and from those jurisdictions, people behave differently," the GFA President said.

In football especially when it is competitive, even when it is not and once a game is played you expect the result to either be a draw, a win or defeat for a club. This must sink into our hearts,'' he concluded.

The meeting will discuss among other things the first round of the League, plan for the second round of the campaign and matters arising.

The National Division One League is currently on a break after the completion of the first round.

However, the second tier League has seen some hooliganism and attacks on referees at some League centre though the League has generated lots of excitement among patrons as clubs continue to push for a place in next seasonâ€™s Ghana Premier League.