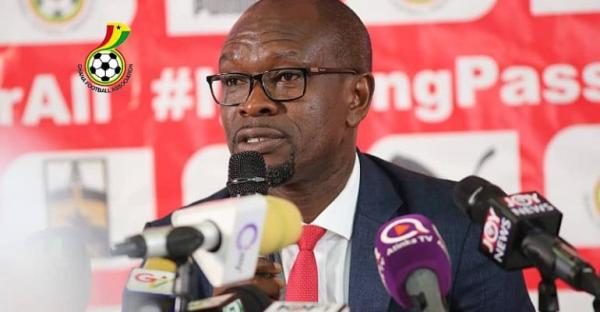 Black Stars coach Charles Kwablan Akonnor has admitted Sudan were the better side on Tuesday in the AFCON 2021 qualifying match.

The Black Stars visited the Al-Hilal Stadium in Omdurman yesterday looking for a win to secure early qualification to the next edition of the continent’s flagship tournament.

But any hopes of CK Akonnor's charges booking an early qualification were dashed by Mohamed Abdel Rahman who scored the only goal to earn his outfit the maximum points.

The striker connected home from a cross in the 92nd to delay Ghana's qualification.

Speaking to media after the game, Akonnor said the Sudanese wanted the win more.

"I think in all we did well, we lost to a team that showered more anger than us not because we didn't want to do anything to win. Of course, we wanted to win but if I look at the way we played in Ghana and the way we played here (Omdurman) I feel there is a bit of improvement in terms of containing pressure and all that."