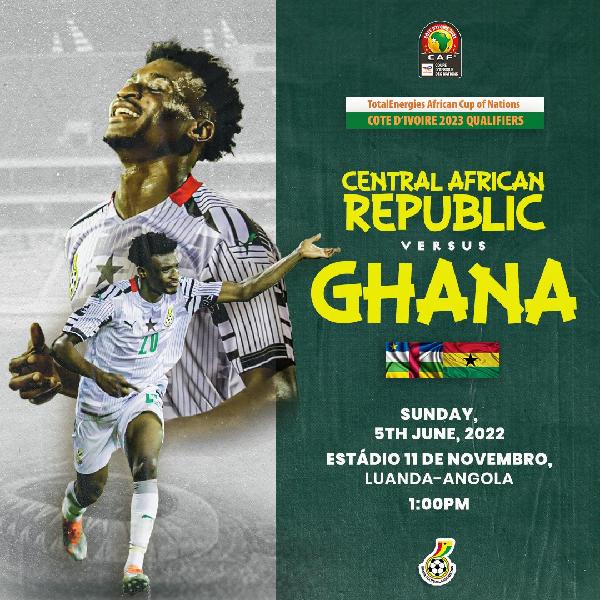 Black Stars of Ghana will later today play their second match in the AFCON 2023 qualifiers when they come up against the Central African Republic.

The teams head into the game off the back of contrasting results last time out, and today's contest promises to be an enthralling affair.

The Black Stars were ruthless in the opening game of the campaign following a 3-0 win against Madagascar at the Cape Coast stadium on Wednesday.

Coach Otto Addo and his charges are aiming for a win on Sunday to protect their flying start to the Cup of Nations qualifiers.

Les Fauves on the other hand were beaten 2-1 by Angola. Raoul Savoy's men opened the scoring through Samuel Nlend before second-half strikes from M'Bala Nzola and Dala Gerson turned the game on its head.

They have never qualified for the tournament before and must start picking up wins if that is to change.

The Central African Republic is hosting Ghana in Angola because their stadia have been deemed unfit to stage matches in their country.

Meanwhile, Pierre Ghislain Atcho from Gabon has been appointed as the centre referee for the Group E encounter.