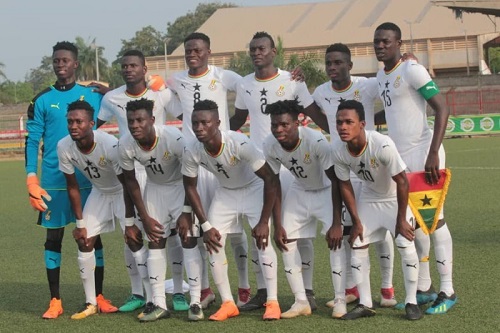 Ghana Black Satellites opening game against Burkina Faso which was scheduled to be played this evening in the ongoing Africa U20 championship has been cancelled.

The tournament which kick-started yesterday with Goup A matches played, was expected to continue with the planned fixtures but failure of the floodlights to power on has led to the cancellation of the match between the Black Satellites and Burkina Faso at the Stade de Maradi.

CAF and the Local Organising Committee are yet to communicate the new date for the game.

CAF President Dr. Ahmad will be at Maradi in the evening from Niamey to decide with the organisers when the game will be played.

Ghana and Burkina Faso play their next fixture on February 6 against Senegal and Mali respectively.

Read also: U-20 Cup of Nations: Black Satellites striker, Arhin calls for support from Ghanaians ahead of tournament