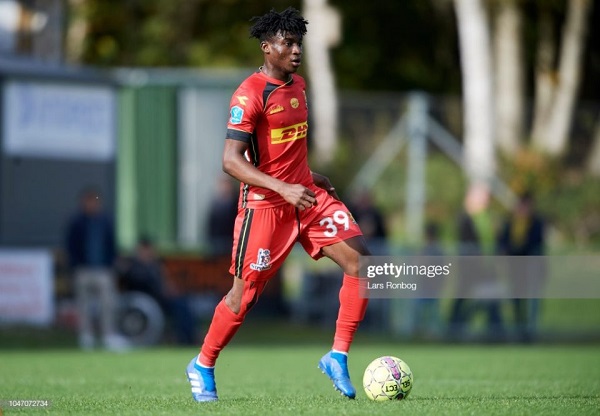 Other European clubs could find themselves in a bidding war with Ajax for Ghana and Nordsjaelland attacker Kudus Mohammed.

The teenager is being courted by a host of European clubs following his sparkling form for the Belgium side this season.

His performances have lead to him being shortlisted for the 2020 Golden Boy award, an accolade for young players under the age of 21 who have been exceptional in the year under review.

Primenews understands that, Ajax coach Erik ten Hag is interested in beefing up his team with the teenage sensation who has played for the Danish top club since January 2018 and is now regarded as the greatest talent of the Danish Superliga.

However, the Ghanaian youngster will not come cheap as Nordsjaelland have slapped a whopping 8.5 million euros on Kudus Mohammed.

Kudus Mohammed has made 56 appearances for the Belgium side since making his debut January 2018.