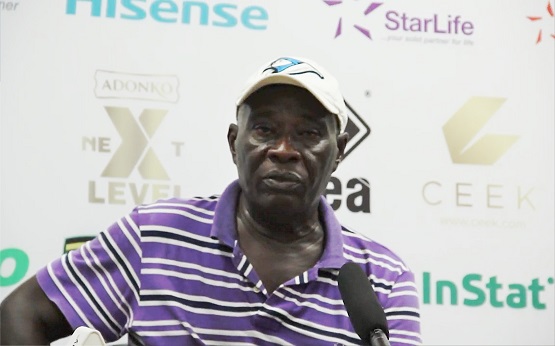 Great Olympics Head coach Annor Walker has resumed coaching duties after recovering from illness which sidelined him for weeks.

Walker who has been out for few weeks now supervised the team’s training on Tuesday at the LA Mac Dan Town.

It was his first time after several weeks out due to health reason.

His return means Yaw Preko who was on Tuesday, January 20 named as the new head coach of Great Olympics on condition that former Black Stars winger will be leading the club until the latter his well to be in the dugout.

Following his successful recovering Walker has resumed official duties whilst Yaw Preko and his assistant Godwin Attram has been relieved off duties.

Confirming the returned of Walker, Chief Executive Officer of Great Olympics, Oluboi Commodore said "The job given to Yaw Preko and Godwin Attram has come to an end. It was the agreement we had with them. We have thanked them for the services rendered to the team during Annor Walker’s absence. Annor Walker takes over the job from them and we will ask him to appoint his assistant,” he told Happy Sports

Preko's last match for Great Olympics was on Sunday as they lost to Bechem United by 3-1.

Great Olympics are preparing to face Elmina Sharks on matchday 14 of the 2020/21 Ghana Premier League.