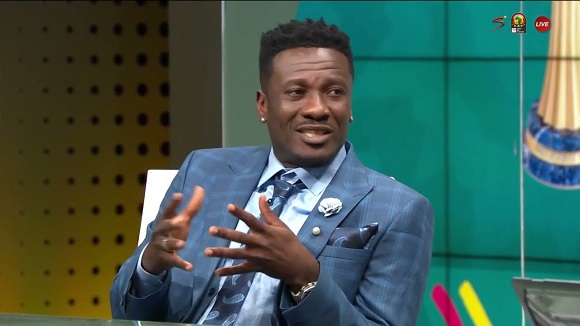 Asamoah Gyan is entreating Ghanaians to lower their expectations ahead of the 2022 World Cup in Qatar.

The Black Stars having missed out in the last edition hosted in Russia in 2018 has made a return to the Mundial after qualifying at the expense of Nigeria.

Ghana after a goalless game with the Super Eagles at the Baba Yara Stadium in the first leg of the playoff games, against all odds, the four-time African champions secured a 1-1 drawn game to book a qualification on away goal rule.

The West African country has been pooled in Group H with Portugal, Uruguay and South Korea.

With many tipping the Black Stars to excel in Qatar, Gyan who played in 2006, 2010, and 2014 global showpiece has implored Ghanaians to lower their expectations.

According to him, the current Black Stars team is in a building process and should not expect much from them.

“For me, my advice is to lower our expectations for now and then build the new team," Gyan told Joy Sports.

"We know we are Ghana, and we have done it before, but maybe the players who are not involved are not ready enough, so we should give them time to make sure they get there.

"It is very difficult when you put pressure, so the fans have to be calm,” he added.

Ghana will open its campaign against Portugal before playing South Korea in their second group game.

The Black Stars will wrap up their group phase games against Uruguay.