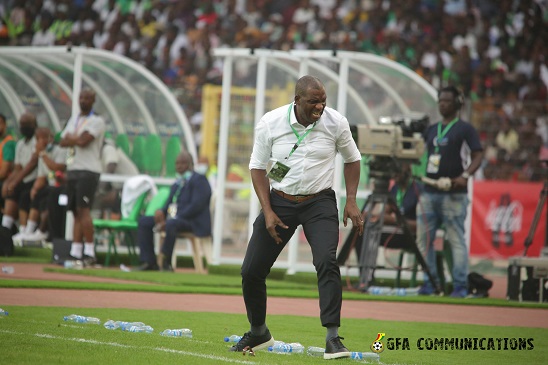 The Nigerian Football Federation (NFF) has confirmed that Augustine Eguavoen is no longer the head coach of the Super Eagles.

Eguavoen’s decision to step down is believed his inability to deliver Qatar 2022 World Cup ticket. Ghana’s Black Stars beat the Super Eagles to a place in Qatar by qualifying via the away goals rule.

This was after securing a 1-1 draw in Abuja after the barren draw in Kumasi.

The NFF had handed a two-year contract to Eguavoen two days before the first leg of the World Cup play-off against Ghana. 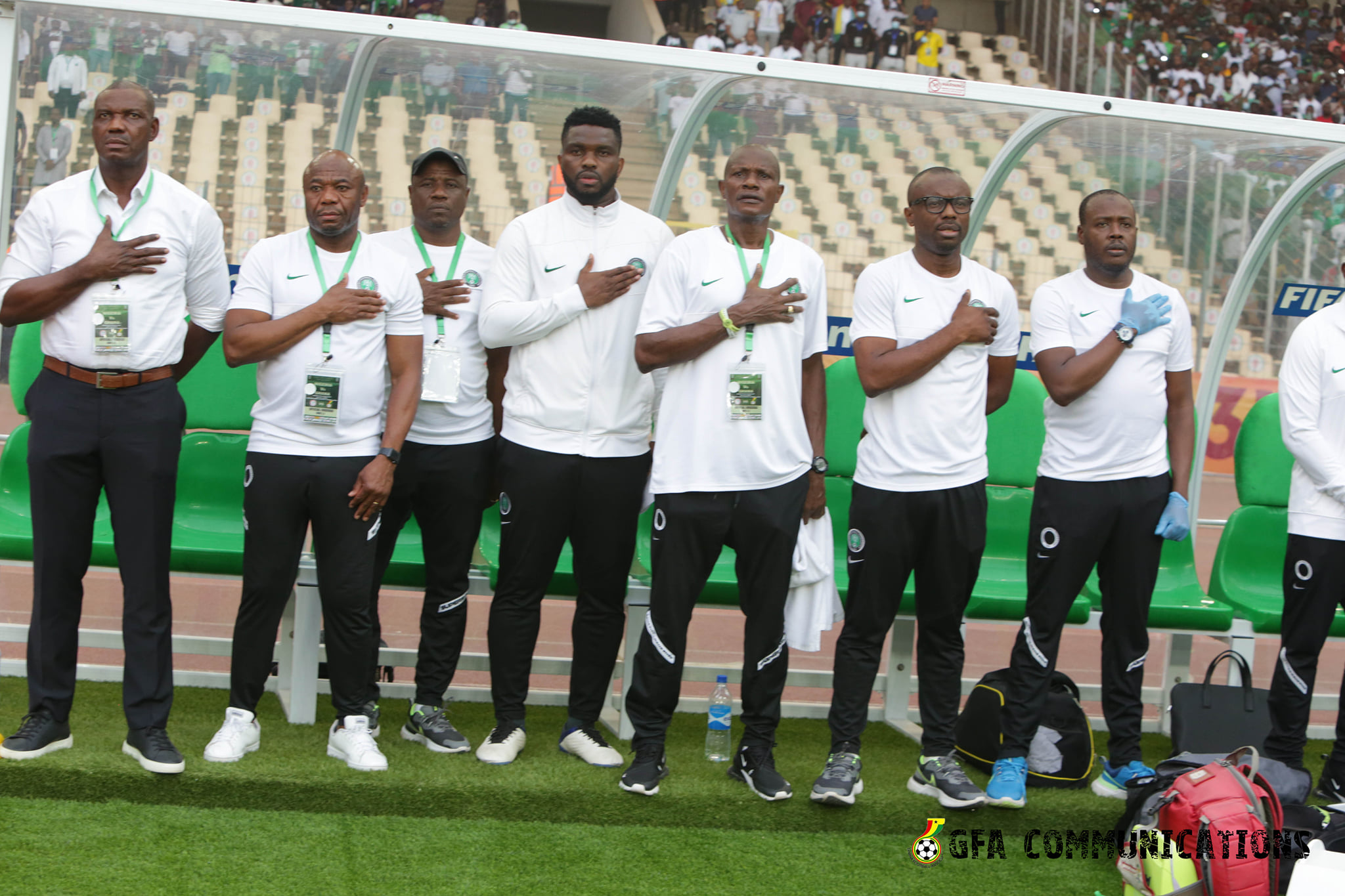 A statement by the NFF on Thursday, March 31, read: "Following the failure of the Super Eagles of Nigeria to qualify for the 2022 FIFA World Cup, the erstwhile Technical Adviser, Augustine Eguavoen has stepped down from that position with immediate effect.”

The NFF statement added: "The NFF has in the meantime withdrawn the two-and-half years contract offered the coaches and terminated the appointment of the entire technical crew of the team with immediate effect.

“A new crew will be announced after a proper review to lead the new charge of reinvigorating the Super Eagles to face future challenges appropriately.” 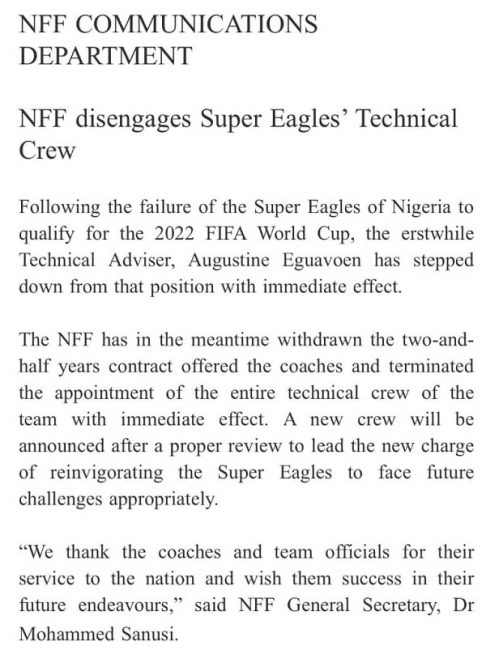