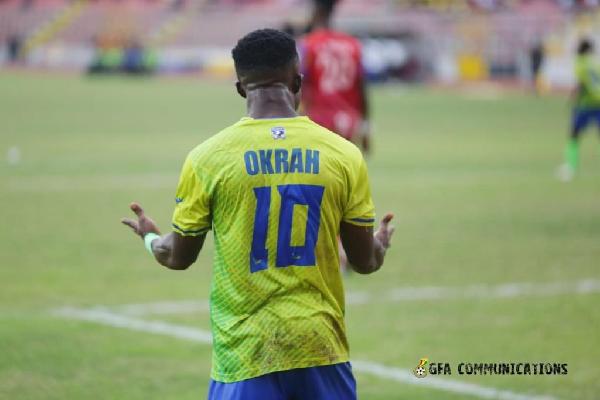 Bechem United's Augustine Okrah has apologised for his headbutting incident in the MTN FA Cup final defeat against Hearts of Oak.

During the game, the former Asante Kotoko attacker headbutted the assistant referee a decision didn’t go his way.

His actions saw him being sent off in the 68th minute while the Hunters trailed with a 2-1 scoreline following goals from Emmanuel Avornyo (Bechem) and Caleb Amankwah and Daniel Afriyie Barnieh (Hearts).

The player after the game has released a statement calling on fans to forgive him for "having behaved in such a manner."

“I am extremely sorry and remorseful for the harm I caused including hurting sentiments. I am ashamed of myself for having behaved in such a manner,” part of his statement read.

His team succumbed to a 2-1 to defending champions Hearts of Oak SC who retained the MTN FA Cup trophy. 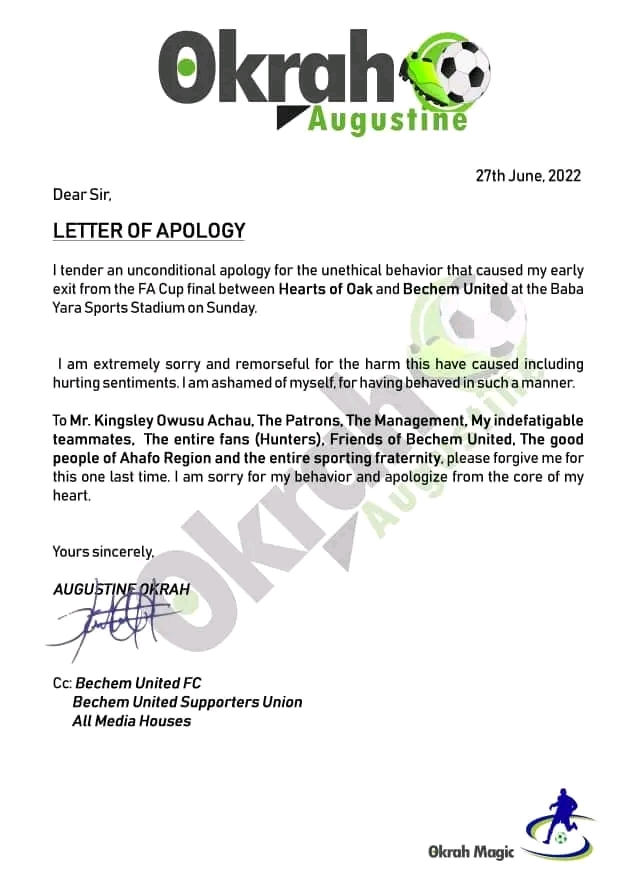