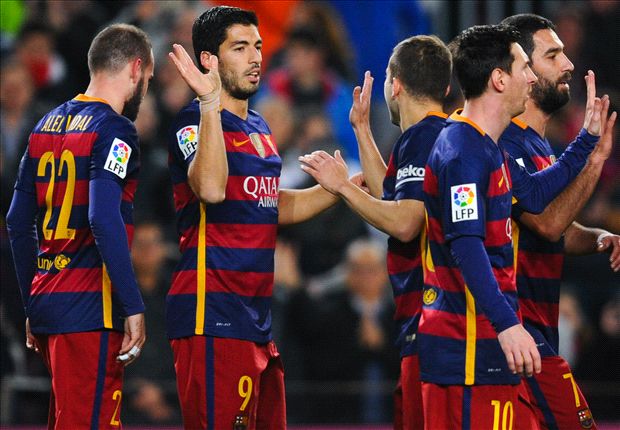 Sunday's win over Levante was their 10th in a row and if they do not lose to Valencia on Wednesday, they will break the record set in 2010-11.

It was Enrique's 100th game in charge.

"More than statistics, I am interested in the collective objectives that we have and we can only reach them at the end of the season," said Enrique.

"We are very well-positioned in all competitions, but there is a long way to go."

Barcelona, who won the treble in Enrique's first season in charge, are top of La Liga by three points from Atletico Madrid with a game in hand.

They face Arsenal in the Champions League last 16, and Valencia in the Copa del Rey semi-final, having won the first leg 7-0.

"We're getting things right," said Barca left-back Jordi Alba. "It's quite some achievement to go 28 games without losing. We have to stay top.

"At the Mestalla, we'll go out to win the match as we always have done. The first leg result was very favourable, but we still have to look to win the second leg, so it's an important match."