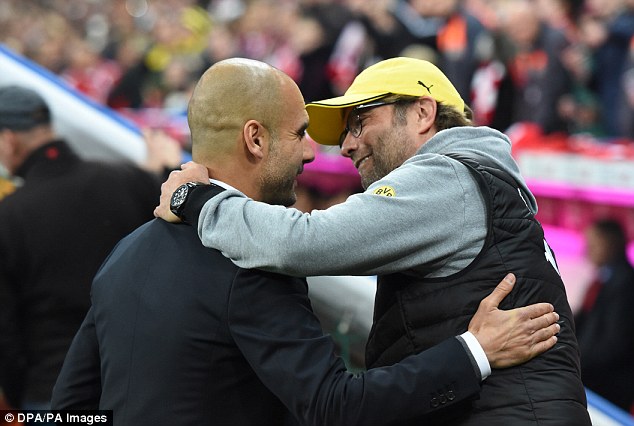 What a way to finish a crazy year of Premier League football, as two of the teams chasing down Chelsea meet at Anfield on New Year's Eve.

Liverpool and Manchester City are second and third in the league respectively, and both are desperate for a victory to keep themselves within touching distance of the top.

It would also be a swift battle between two great managers, Pep Guardiola and Jurgen Klopp as they meet once again at a very crucial time of the season.

Both Klopp and Guardiola have history in management, having met eight times in the Bundesliga during their stints at Borussia Dortmund and Bayern Munich.

In their eight meetings, both have won four times apiece.

Philippe Coutinho will still be missing for Liverpool despite returning to training this week and Klopp may be reluctant to make too many changes from the 4-1 victory against Stoke.

However, Daniel Sturridge’s impressive cameo in their last match could see him force his way into the starting XI.The big news for City is the return of Sergio Aguero, who is back after a four-match ban.

He will likely replace Nolito in the starting XI, with John Stones also set to drop out after coming off injured against Hull.

Manchester City have not recorded a league win against Liverpool since 2014, with Manuel Pellegrini’s side winning 3-1 on that occasion.

The last time they met, Liverpool handed Man City’s title ambitions a major blow with a 3-0 win at Anfield.Adam Lallana, James Milner and Roberto Firmino were all on the scoresheet as The Reds avenged their League Cup final defeat just a week before.

It promises to be a great game as both teams are desperate for the three points in a bid to close the gap on Chelsea.