Black Satellites will continue their development despite WAFU B exit - GFA 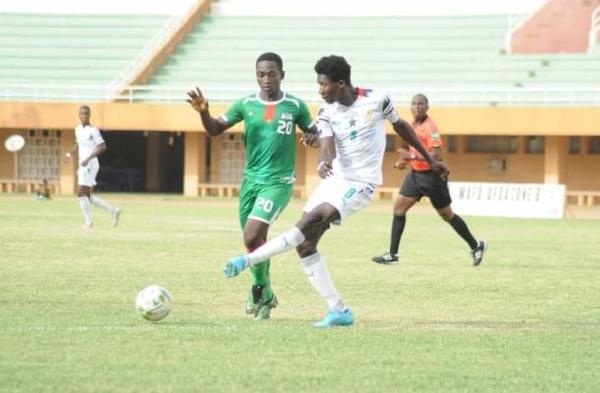 The Ghana Football Association (GFA) have confirmed that Black Satellites will continue their development despite being kicked out of the WAFU-B U-20 tournament.

GFA is putting in place measures to ensure that players of the Black Satellites will continue their development by lining up a series of friendly matches and tournaments for the team in order to progress at the right level.

Having missed out on a chance to play at next year’s Africa Youth Championship in Egypt and a possible qualification to the FIFA U-20 World Cup, the GFA intends to use these friendlies and competitions as preparations for the other national assignments.

The team is expected to return to Accra on Monday after being knocked out of the WAFU- B U-20 Championship in Niamey, Niger on Saturday.

Ghana crashed out at the group stage of the WAFU B U20 Championship on Saturday when they were defeated 2-1 by Burkina Faso.

The Baby Stallions scored late in the game at the Seyni Kountche Stadium in Niger to finish second in the three-team Group B and advance to the semi-finals.

Captain Abdel Rachid Zagre was the hero for the Burkinabes as he scored in the 93rd minute to seal victory for his side in Niamey.

The win means Burkina Faso finish second in the group as Nigeria top the standings after following their earlier 2-0 win over Ghana.

The Black Satellites failed to find the much-needed victory needed to be able to advance from the three-team Group B of the tournament in Niger.