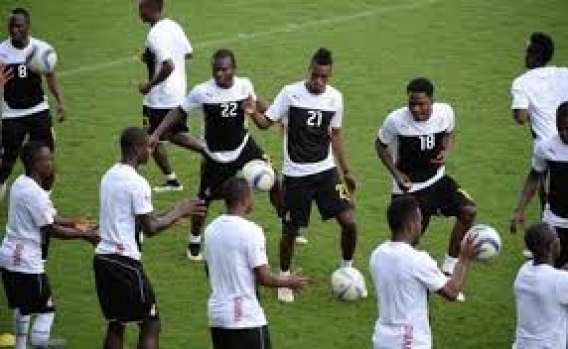 The Black Stars of Ghana held their first training session today ahead of the African Cup of Nations (AFCON) scheduled for next month in Gabon.

Though Coach Avram Grant is yet to name an official squad for the competition, twenty players trained at the ST. Thomas Aquinas School Park.

Grant is expected to name his squad on January 31 before the team moves to Dubai to train ahead of the competition.

Notable among players available were Mubarak Wakaso and Agyemang Badu while Rashid Sumaila makes a return to the team after two years.

Ghana Premier League player of the season Latif Blessing also trained with the senior national team for the first time.

He is hoping to be the team as they are geared up for competition in Gabon with the ultimate trophy as their priority.