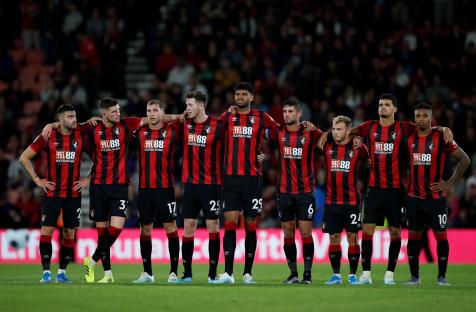 An unnamed Bournemouth player is one of two new coronavirus cases discovered by the latest round of Premier League tests - taking the overall total of positive results to eight.

The Cherries said the player's identity will not be disclosed - they will now self-isolate for seven days.

The other positive was at a different club which has not been named.

"Following strict adherence to the Premier League's return to training regulations, the club's training ground remains a safe working environment for players and backroom staff, who will continue to be tested for Covid-19 twice per week," said Bournemouth.

The first round's results, announced on 19 May, saw six positives at three clubs from the 748 players and staff tested.

For the second round of testing the number of tests available to each club was increased from 40 to 50.

Squads started non-contact training from Tuesday for the first time since the Premier League was suspended on 13 March because of the coronavirus pandemic, with 92 fixtures remaining.

Speaking on Friday, Premier League chief executive Richard Masters said the league was "as confident as we can be" about restarting in June.

Germany's Bundesliga has already resumed, while on Saturday the Spanish Prime Minister said La Liga can resume behind closed doors from 8 June.