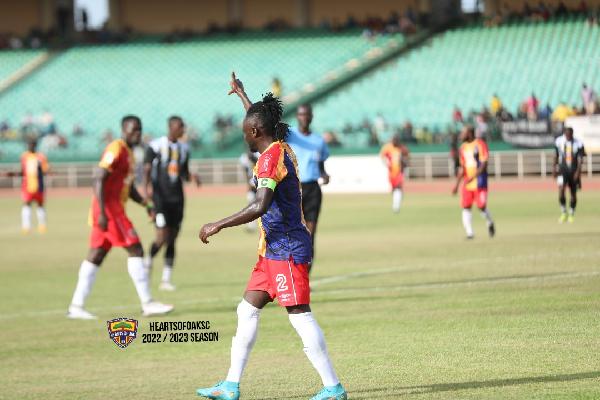 Hearts of oak will seek to salvage their image when they host AS Real Bamako in the second leg of their CAF Confederation Cup first-round encounter at the Accra Sports Stadium today.

The Phobians were thrashed 3-0 in the first leg at the Stade Modibo Keita in Bamako last Saturday.

The Ghanaians now face a tough test of scoring four unanswered goals to cancel the deficit and progress to the next stage of the competition.

But considering what transpired in the first leg, Hearts might need to conjure another miracle to inspire hope among their supporters.

Interim coach David Ocloo is now under pressure to reverse the club's fortune before things get out of hand.

He needs to get the confidence of the team back to enable them to deliver against their opponents after a poor away outing.

However, the coach believes qualification to the next round is not beyond Hearts of Oak.

“This is a no-match. I can confidently say we can turn this around. We played well. We created a lot of chances but no clinical. We are going to right the wrongs. They are beatable.”, he said.

The Mayor of Accra Hon Elizabeth Kwatsoe Tawiah Sackey who has donated 20 cartons of Red Bull energy drink and an undisclosed amount of money to the playing body ahead of the game encouraged the players as well as the technical bench to do everything possible to throb their arch-rivals come Sunday.

"I appreciate the work you do and I am here to encourage you to do more because you never say die until the bones are rotten, so we are here to support you to win your next game, which is why we have brought these drinks and cash to motivate you, " she said.

Match Commissioner for the game is Alhaji Babagana Kalli from Nigeria and Christiana Baah is the COVID-19 Officer.

The match has been scheduled for Sunday, October 16,2022 at the Accra Sports Stadum. Kick off is at 3:00pm.

Hearts of Oak exited the CAF Confederations Cup at the play-off round last season following a 4-2 aggregate defeat against Algeria’s JS Saoura.

The Ghanaian giants are one-time champions of the competition in 2004.