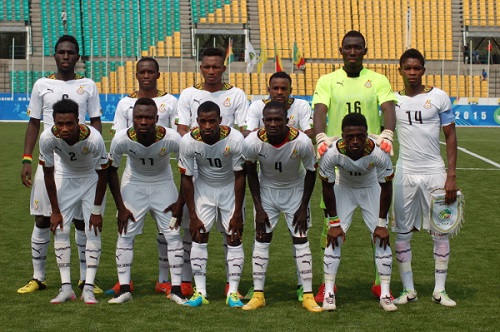 Ibrahim Tanko who is the head coach of the Black Meteors has named his starting XI to face Gabon.

This is the first leg of the U-23 qualifier with Ghana hoping to utilise their home advantage to make the second tie an easy one.

Tanko named eight foreign-based players in his starting XI but n-form striker Bernard Tekpetey is on the bench.

The coach, however, opted to start his attack with Sparta Prague's Benjamin Tetteh -on ten league goals in 25 appearances in the Czech Republic has joined the team.

Talented Yaw Yeboah will play behind the two attackers and the midfield also includes Liberty Professionals Simon Zibo, Joseph Paintsil and Osmanu Bukari with Isaac Twum on the bench.

The game will kick off at 3pm at the Accra Sports Stadium.