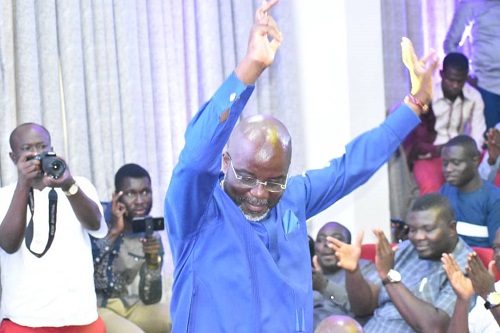 Wilfred Osei Kwaku has shared that despite losing his case against the Ghana Football Association, the verdict from CAS is victory for the entire football fraternity.

"Palmer" dragged the GFA to Swiss court over what he deemed unfair disqualification from contesting the 2019 GFA presidential election which Kurt Okraku won.

In an episode that began last year, Palmer had gone to CAS to seek redress over what he termed unfair treatment from the then Normalization Committee.

The Tema Youth FC bankroller was disqualified from the FA elections over claims that he had not paid a mandatory 10 percent of the transfer fee of Joseph Paintsil to the Ghana Football Association and over comments he had made in the past about bribery.

He was seeking some four reliefs from CAS, chief amongst them being a nullification of the GFA elections held last year in which he was disqualified from contesting.

But in a letter addressed to both parties, CAS backed the decision of the Ghana Football Association to disqualify Palmer from contesting in the presidential elections last year.

The Tema-Youth bankroller has today, September 2 released a statement in which he expressed gratitude to all and sundry for their support and stated that he accepts the verdict in good faith. 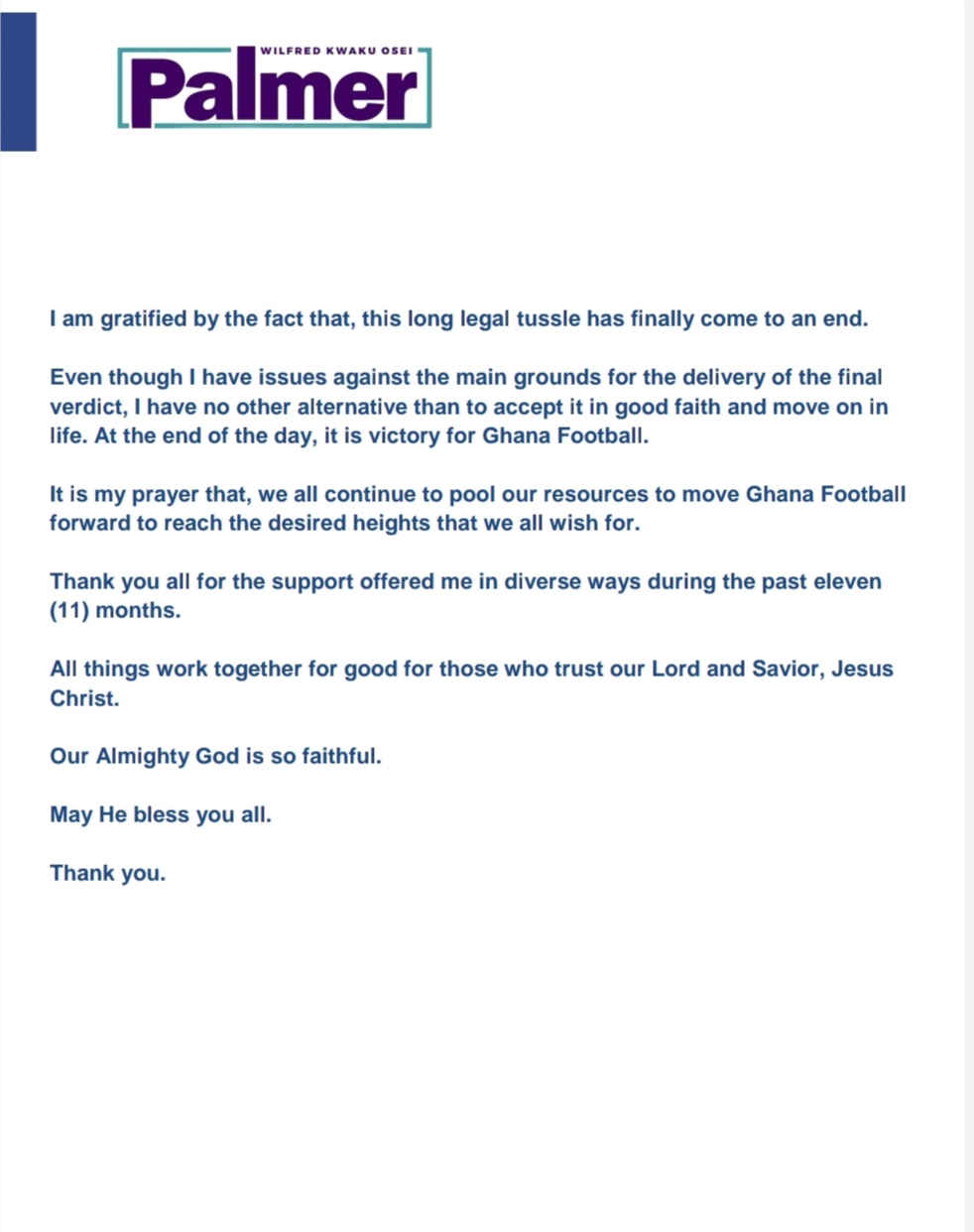