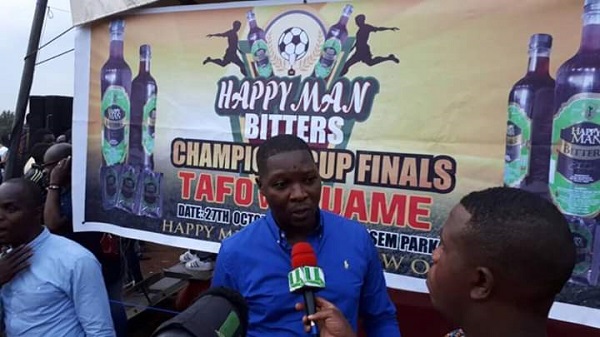 Dr Bortey, whose soft spot for football development in the country has seen his outfit sponsor a number of football clubs in the top-flight as well as the supporter's wing of Asante Kotoko, has expressed his desire to build an Astroturf in Teshie – a suburb of the capital.

Speaking on Eclipse Broadcasting Network on Friday the multiple award-winning CEO spoke of his readiness to give back to his community by saving towards building an Astroturf in Teshie.

READ ALSO: Black Stars jersey for AFCON 2021 to be unveiled in September

“I promise to renovate the Teshie star park to help footballers in the community,”

“I will save for it and also I will discuss that with the Management of Happy Man Bitters if they could support me to put up the AstroTurf at Teshie. I want to also lend a helping hand in finding a big footballer at Teshie”

He revealed that the decision to upgrade the star park in Teshie is due to the fact that he is a native of the land and wants to help unearth young talents in sports as a way of contributing towards the development of the talent-rich community.

Charger Limited, headquartered at Doboro, near Nsawam, is the umbrella company for winning brands in the mould of Happy Man Bitters, Onapo Atagwe Ginger as well as Charger Transport which deals in sand and stones