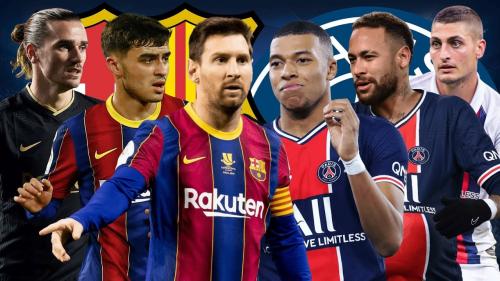 After a long break, the UEFA Champions League resumes tonight with two matches to be played.

Barcelona will tonight take on Paris Saint-Germain in the first leg of the Champions League Round of 16 at Camp Nou at 8:00pm.

Barça finished second in their group and are facing a group winner with the second leg being played away from home, and the draw with PSG isn’t easy at all.

But as is often the case, you can’t judge the Round of 16 draw when it’s made in December since the matches only happen in February, and teams can change a lot in those two months. And both teams have: PSG went to Champions League finalists to changing their coach to not looking like a world-beater anymore, and Barça have improved in recent weeks.

Barca may welcome back defender Gerard Pique, who has been out for three months with a knee injury but has trained with the squad for the past five days.

The hosts will be without centre-back Ronald Araujo, who has been ruled out with an ankle injury.

PSG suffered a huge blow as forward Neymar was ruled out of the meeting against his old side with a thigh injury, but the Brazil international could return for the second leg on 10 March.

In the other fixture for today, German side RB Leipzig will be hosting  Liverpool at 8:00pm.