Champions League: Where it stands going into final two rounds of group games 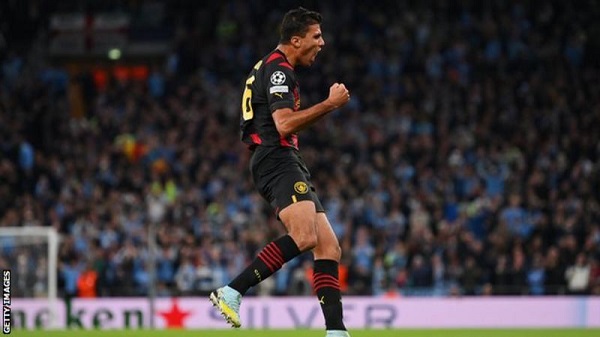 Five teams have already booked their place in the Champions League knockout stage - so who are going to take the final 11 spots as we enter round five of matches?

Manchester City have won their group but Liverpool, Chelsea and Tottenham still have work to do.

Celtic and Rangers, meanwhile, are both already out of the Champions League though they have a chance of dropping into the Europa League.

We take a look at who needs what in this season's competition.

Liverpool just need a point in Amsterdam to seal their place in the knockout stage. They probably have to win to maintain their hopes of top spot.

Ajax realistically need to win by more than one goal to keep their hopes alive as that would give them a head-to-head edge on the Reds if they finish level on points.

Rangers' hopes of third spot and the Europa League would be over if Ajax better their result.

Porto could book their place in the last 16 if they win and Atletico Madrid do not. An Atleti win keeps it in their hands as they face Porto in the final game.

Barcelona could be out of the Champions League before they even play on Wednesday. If Inter beat Viktoria Plzen they will take the final knockout spot, thanks to their head-to-head record against Barca.

Spurs will move into the knockout stage with a game to spare if they beat Sporting.

If Spurs win, then Marseille could also go through if they beat Frankfurt, as they have the head-to-head advantage over Sporting.

Chelsea know a win in Austria would take them into the last 16 - or if they draw and Milan beat Dinamo Zagreb. Salzburg would be through if they won and Milan did not.

RB Leipzig would be into the last 16 if they beat already-qualified Madrid and Shakhtar lose to Celtic.

Dortmund would be through if they beat City. A draw would be enough if Copenhagen do not beat Sevilla. The German side may even be through before they play if the other game is a draw.