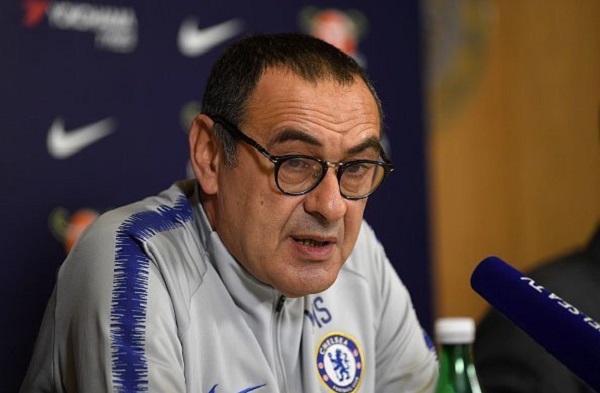 Chelsea manager, Maurizio Sarri has condemned the racist chants sung towards the end of the 2-1 win over Watford noting that in 'every community there are some stupids'.

The Blues have been hit by racist chants in the recent past involving their supporters with chairman Bruce Buck calling on fans to cut out the anti-semitic songs.

But there were reports of a minority of fans in the away end at Vicarage Road using the term in a song aimed at Tottenham Hotspur about Willian that was chanted either side of half-time.

Speaking at a press conference after the 2-1 win, Sarri was asked about his comments about the racist chant, "No. Because I didn't hear anything. First of all I want to speak to my club," he said.

Second I don't want to generalise. For the 99 cases of per cent, then in every community, there are some stupids. Then all together we have to fight against stupid people, but not against the Chelsea fan," he concluded.