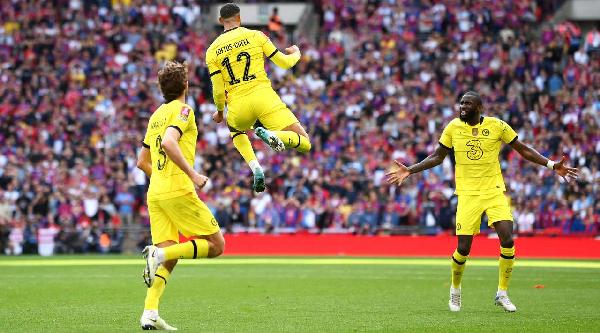 Ruben Loftus-Cheek and Mason Mount netted for Chelsea as they defeated Crystal Palace 2-0 in the FA Cup semi-final to set up a final with Liverpool next month.

Loftus-Cheek, who came on for the injured Mateo Kovacic midway through the first half, latched onto a loose ball in the area and his fierce drive aided on its way to the net by Joachim Andersen 20 minutes into the second half.

Mount put the game beyond doubt 14 minutes from time when he played a one-two with Timo Werner on the edge of the Palace area before waltzing towards goal and slotting home.

In a game of few shots at goal, Palace will rue two headed chances from corners Cheikhou Kouyate and Joachim Anderson, before and after the Chelsea goals, neither of which found the target.

Romelu Lukaku, on as a late substitute, almost added to the scoreline in the 90th minute but he could only hit the post from close range after Timo Werner squared the ball for him inside the six-yard box.