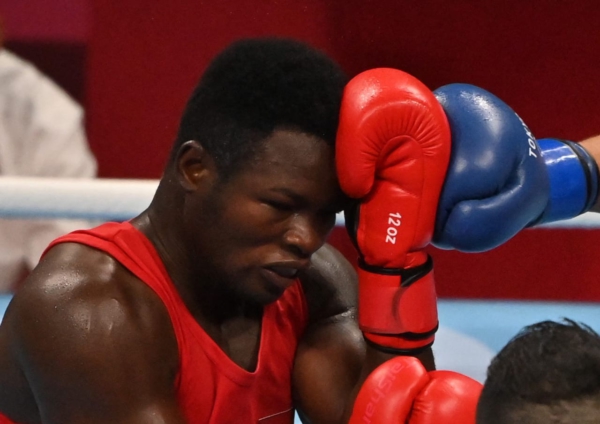 The Ghana Boxing Federation (GBF) have jumped to the defence of banned boxer Shakul Samed insisting he did not use performance-enhancing drugs prior to the 2022 Commonwealth Games.

According to the Public Relations Officer of the GBF, Charles Jojo Sergius-Ephson, boxer Samed had no knowledge of the implications of the drug he took at the time.

He said the drug was taken to help the boxer reduce his weight ahead of the Commonwealth Games.

"It is unfortunate that it happened this way because when you look at the kind of preparation that we had, was not the best. For the first time in many years, the team had non-residential camping so the leadership, coaches and everybody could not monitor and watch out for what they consumed by way of eating and what they drink.

Samed didn't take a performance-enhancing drug but what he took was to help him reduce his weight."

In doing that he didn't know the implication of the taking that medicine, he took it in Accra to reduce his weight.

Shakul Samed was last week suspended by the Commonwealth Games organisers after he tested positive for a banned masking agent on day one of the competition, the Games’ Anti-Doping and Medical Commission said.

A sample taken from the boxer was shown to contain the banned substance Furosemide.

“His A sample was found to contain a prohibited substance (diuretic and masking agent – Furosemide). He has therefore been suspended with immediate effect. He and the Ghana Commonwealth Games Association have been informed,” CWG said in a statement.

“He will now have the opportunity to provide further information, including requesting analysis of his B sample, before any charge is issued.”

Samed, who had participated at the Tokyo Olympics last year,  was scheduled to take on Mauritius’ Luc Jean Rosalba on Friday but after he didn’t show up at weigh-in, his opponent won via a walkover.

The Commonwealth Games Federation said it has “a zero tolerance policy to doping in sport.

“We seek to maintain the integrity of the Commonwealth Games by running a comprehensive anti-doping programme that focuses equally on education, prevention and testing.”