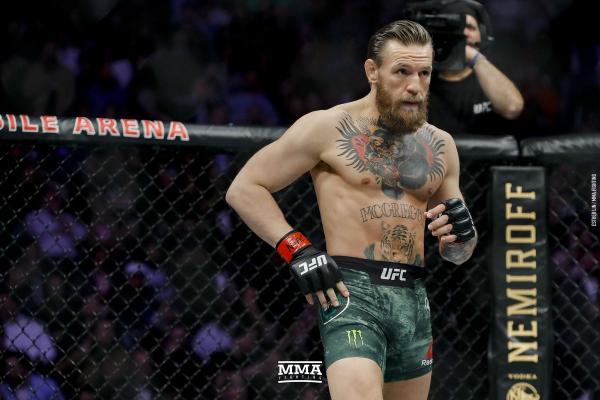 The former two-division UFC World Champion said he was done fighting in a statement posted to his verified Twitter early Sunday morning.

"Hey guys I've decided to retire from fighting," the tweet said. "Thank you all for the amazing memories! What a ride it's been! Here is a picture of myself and my mother in Las Vegas post one of my World title wins! Pick the home of your dreams Mags I love you! Whatever you desire it's yours"

Hey guys I’ve decided to retire from fighting.
Thank you all for the amazing memories! What a ride it’s been!
Here is a picture of myself and my mother in Las Vegas post one of my World title wins!
Pick the home of your dreams Mags I love you!
Whatever you desire it’s yours ❤️ pic.twitter.com/Dh4ijsZacZ

He went on to beat the Cowboy with a technical knockout after 15 months of retirement.
And in 2016, he tweeted, "I have decided to retire young. Thanks for the cheese. Catch ya's later."

'It's in my blood to fight'

The fighter, a former trainee plumber, is considered one of the best in the UFC. He's even moved from the octagon of mixed martial arts into the ring to fight boxing legend Floyd Mayweather Jr.

McGregor was beaten in the 10th round by the champion, going further than many thought.

The fight cost him his featherweight and lightweight belts and ended his bragging rights as the only fighter to simultaneously hold two UFC titles.

In a previous interview with CNN, the fighter said part of his success is due to his family's legacy.

"At one stage, it was punishable by death to have the surname McGregor. It's in my blood to fight -- and that's it. It's what my ancestors have been doing long before me," he added.

In 2019, McGregor's fighting spirit led him into a large brawl following his fourth round loss against Russian fighter Khabib Nurmagomedov.

Both fighters received bans and McGregor was given a six-month suspension and $50,000 fine. His opponent received a $500,000 fine and was banned for nine months for his part in the dust up.