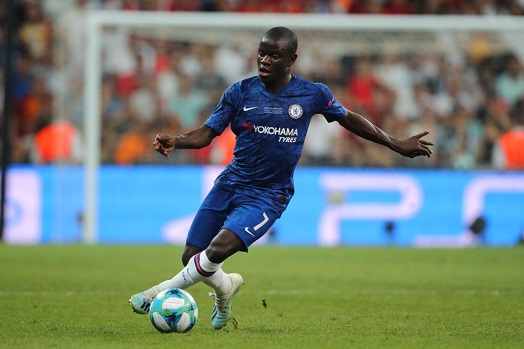 Chelsea's N'Golo Kante has been given permission to skip training amidst the coronavirus pandemic.

According to multiple reports, the France midfielder was given the green-light to remove himself from phrase one training on Wednesday having initially returned to Cobham on Tuesday.

Kante was photographed at the training ground in a new Mercedes and even attracted attention for growing hair in lockdown, but it's unlikely that we'll see him with his Chelsea teammates for a while.

The Daily Mail describes Kante's decision to be a result of: 'lingering health concerns linked to the coronavirus', which may be amplified by the player's history of tragedy within his family.

Kante's father passed away when he was just 11 years old, while his elder brother died of a heart attack just weeks before the World Cup and the player himself fainted in training two years ago.

Fears across the Premier League

Sources have told the Mail: "The World Cup winner is particularly nervous about returning to action given the risks attached to playing while Covid-19 continues to kill hundreds of people per day."

Troy Deeney is another high-profile player who is skipping the return to Premier League training, citing his five-month-old son's breathing problems as a more than understandable reason.

But Deeney also drew attention to the fact BAME individuals have been found by data from the Office of National Statistics to be almost twice as likely to die from coronavirus.

Reasons to stay in lockdown

The Professional Footballers' Association have implored the Premier League to conduct further research into whether players from ethnic minorities are at a greater health risk or not.

It remains to be seen whether these statistics have played on Kante's mind, too, but it isn't from without the realms of possibility when you consider his Malian descent.

Furthermore, one of Deeney's own teammates - Adrian Mariappa - was confirmed to be one of six positive tests from the initial 748 conducted by the Premier League on players and club staff.

It's being quietly touted that competition is set to resume in mid-June, but it's feasible that the decisions of Deeney and Kante will play on the minds of the authorities in the mean time.

After all, the health of the players, staff and everybody involved with the beautiful game must and hopefully will be highest on the agenda.