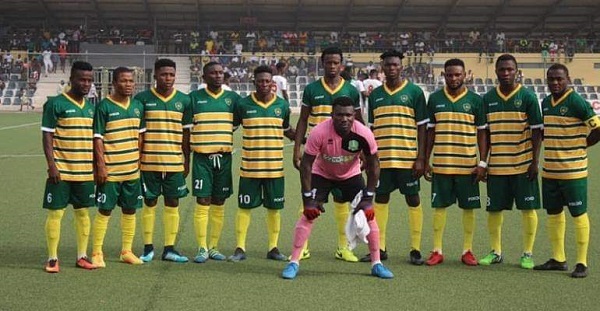 Ebusua Dwarfs Communications Director Bennard Abeiku Okyere has said the club have appealed against the Ghana Football Association verdict on the matchday 23 game.

The GFA Disciplinary Committee on Wednesday handed down an eight-point ruling against Ebusua Dwarfs for forcing the game against Legon Cities to be called off.

The Cape Coast sideÂ wereÂ declared losers of their Ghana Premier League Matchday 23 game against which ended abruptly. They were further asked to pay a fine ofÂ GHÂ¢5000.00.

A decision they have stated that they disagree and "is misleading and flawed".

"We disagree with the decision of the appeals committee of Ghana Football Association in relation to our matchday 23 fixture of the Ghana premier league which the referee (Alfaa Ba Adey) decided to stop the match claiming threats on his life. This decision in our view is misleading and flawed," the club statement read.

According to the statement, the club submitted its appeal within the time window specified to guarantee that the verdict is reversed.

"We have filed an appeal within the stipulated time and we are convinced it will SUCCEED," 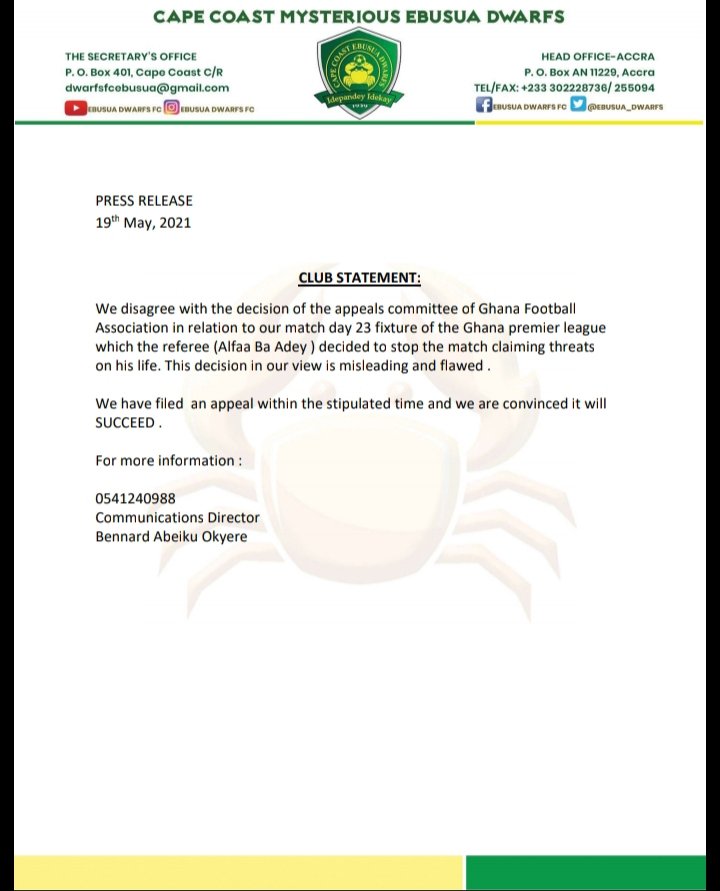