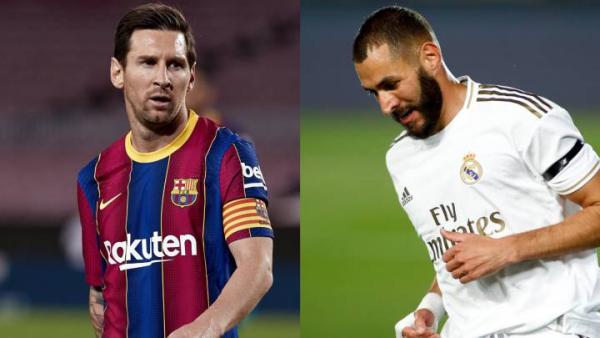 Real Madrid and FC Barcelona resume their bitter rivalry in what promises to be one of the biggest El Clasico battles in years.

The Spanish title race is tight with nine games to go: Atletico Madrid sit top on 66 points, with Ronald Koemanâ€™s Barca a point behind in second and Zinedine Zidaneâ€™s Real just three off Diego Simeoneâ€™s leaders in third.

La Liga glory seemed beyond Real and Barca earlier this season, but Atleticoâ€™s inability to close things out has allowed the two Clasico rivals to hunt them down.

If teams are level on points in LaLiga come the end of the season, head-to-head record - not goal difference - decides the title, which makes this Clasico potentially decisive.

There is also the small matter of this potentially being Lionel Messiâ€™s final Clasico: the Argentine talismanâ€™s future is unclear beyond the summer, but there is no way that a player who has dominated so many of these mammoth contests in years gone by will want to sign off with anything less than three points and a star performance.

Real Madrid vs Barcelona is scheduled for a 7pm kick-off on Saturday, April 10, 2021.

The match will be held behind closed doors at Estadio Alfredo Di Stefano. Realâ€™s Santiago Bernabeu stadium is undergoing renovation works, so Realâ€™s reserve stadium is serving as their home base given no fans can attend during the coronavirus pandemic.

Los Blancos captain Sergio Ramos is still out with a calf problem along with Dani Carvajal, but Eden Hazard could return - most likely as a sub.

As for Barca, Gerard Pique and Sergi Roberto are doubts but should feature, while Philipp Coutinho and Ansu Fati are both out.