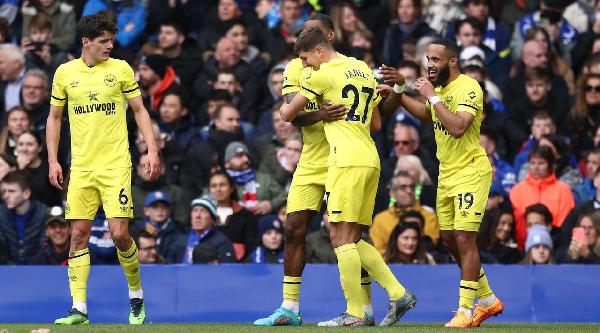 Brentford stunned neighbours Chelsea with an incredible 4-1 victory at Stamford Bridge, despite falling behind in the second half.

After a goalless first period, where Ivan Toney had three fine chances to put the Bees in front, Chelsea took the lead three minutes after the restart when Antonio Rudiger smashed home an unstoppable curling effort from beyond thirty yards leaving David Raya with no chance.

This lead last just two minutes until Bryan Mbeumo set up Vitaly Janelt to slam home from the edge of the box and the former was again the creator as the visitors went in front courtesy of long-time Chelsea nemesis Christian Eriksen who dinked home from close range.

Seven minutes later the match was all but settled when Toney slid a pass through to Janelt and, despite getting a hand to his lofted effort, Eduoard Mendy could not keep the ball out of the goal.

The humiliation was complete when Eriksen's free kick found its way to substitute Yoane Wissa who lashed home with three minutes remaining.

Over at Turf Moor, Manchester City returned to the top of the Premier League table after a comfortable win against Burnley with goals from Kevin De Bruyne and Ilkay Gundogan.
Burnley remain in the bottom three and could be seven points from safety if Everton beat West Ham tomorrow afternoon.

The hosts started the better of the two teams, but quickly found themselves behind when De Bruyne unleashed a powerful shot high and into the centre of the goal after Raheem Sterling cut the ball back to the Belgian.

It was a similar combination for the visitors second as well after a quick give and go down the right-hand side between Sterling and De Bruyne saw the former find Gundogan who slotted it past Nick Pope.

The hosts had a go in the second half with Sean Dyche making some attacking changes, but couldn't find a way back into the game with the visitors cruising to victory.

They saw a penalty appeal get waved away after Aymeric Laporte appered to bring down James Tarkowski whilst Nathan Ake cleared Maxwel Cornet's header off the line, only for the linesman to flag for offside.

Earlier, Liverpool beat Watford 2-0 at Anfield to take their place at the top of the Premier League table for the first time since October.

Diogo Jota's 14th league goal of the campaign was the early breakthrough for Jurgen Klopp's side as they stretched their winning streak to 10 games, moving a point above Manchester City who are in action at Burnley later on Saturday.