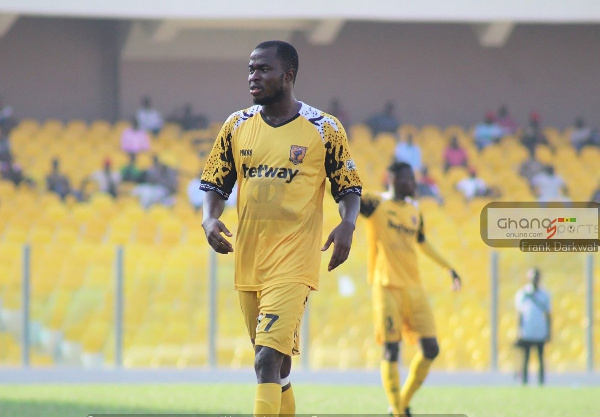 AshantiGold midfielder Appiah McCarthy has promised the fans that Sunday's Ghana Premier League clash against Asante Kotoko is a must-win.

The Miners will on Sunday, January 31 clash with regional rivals the Porcupines Warriors in an Ashanti Derby at the Obuasi Len Clay Stadium.

Unfortunately for AshantiGold, they will be without midfielder Appiah McCarthy due to injury. He will be missing in action due to a ligament injury he sustained during Legon Cities game last week Friday and facing eight-weeks out of action.

However, the midfielder says his absence will not have an influence on his team as there are able replacement to ensure victory for the Miners.

“I’m confident that any player that will be assigned to play my role can do and do it better. I think the fans should expect the three points come Sunday."

“I believe the three points will remain at Obuasi because, since our President, Dr. Kwaku Frimpong took over the club, Kotoko has not recorded any win in Obuasi and we are hoping to maintain that record. Those of us who will be in action will support them in prayers” he concluded.

The miners will lock horns with the Porcupine Warriors at the Obuasi Len Clay Sports Stadium in matchday 11 fixture.