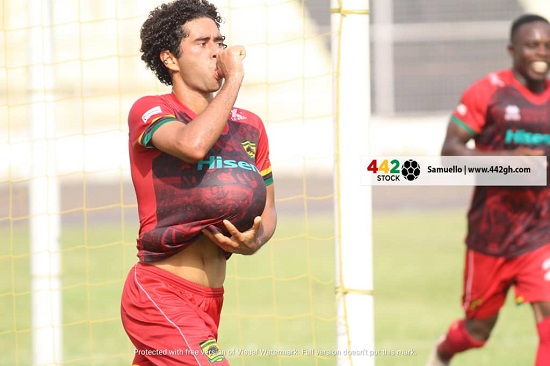 According to the 28-year-old who has become a fan favourite owing to a string of fine performances for the Porcupine Warriors in the Ghana Premier League, WAFA is the toughest team he has faced so far.

Speaking in an interview with Pure FM, he added that the Academy lads play good football.

Gama joined the Porcupine Warriors on a two-year deal in October last year, becoming the third Brazilian to sign for the Kumasi-based side in recent years.

His last club before joining Kotoko was a stint with Jonkopings Sondra in the Swedish lower division.

Gama has scored two goals in the going Ghana Premier League with strikes coming against Eleven Wonders and Bechem United.