Inter Allies on Tuesday underwent COVID-19 testing under the supervision of the Ghana Football Association and the Government of Ghana ahead of the new season.

Together with the players, the technical staff and essential staff, 45 people were tested, with results to be communicated to us later.

The exercise forms part of preparations towards the 2020/2021 football season.

The club has been preparing for the start of the new season and has bolstered their squad with new additions as well as extending the stay of some players.

The Capelli Boys have adopted the Accra Sports Stadium for the 2020/21 Ghana Premier League campaign and the Club Licensing Board of the Ghana Football Association on October 27 said they Inter Allies' adopted venue is one of the home grounds they have conditionally approved ahead of the season.

A statement from GFA read: The Club Licensing Board of the Ghana Football Association (GFA) has announced decisions after inspecting the venues proposed by Premier League clubs across the country.

Eight (8) Clubs were granted conditional approvals with the Board set to re-inspect (ten) 10 venues before the granting them approvals. 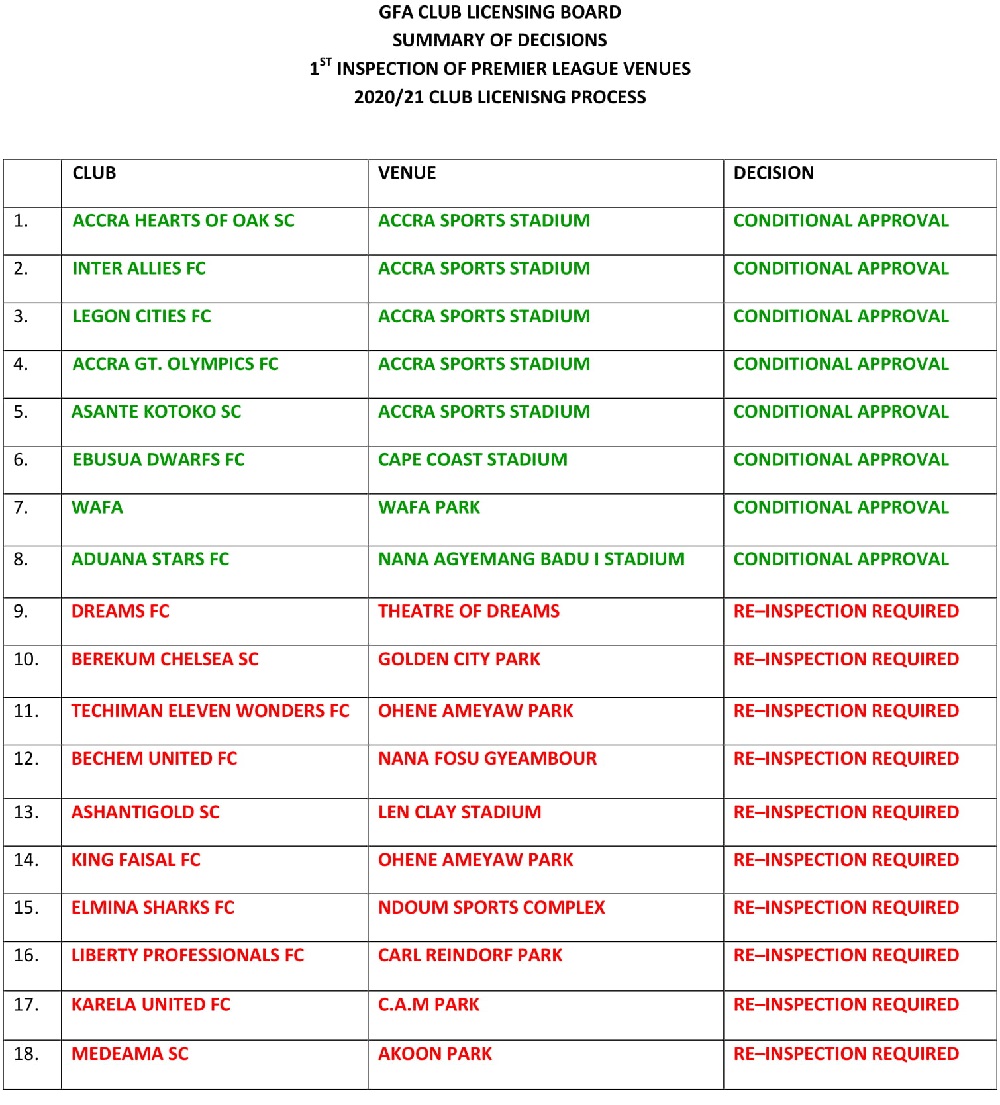 The GFA have also reminded clubs that 2020/2021 player registration window will be closed this week.

According to a release by the country's football governing body, clubs have until October 31 to beef up their squads. The release further cautioned clubs that it would be in the clubs' interest to complete their deals on time as the transfer window will not be extended beyond October 31, 2020.

The much-awaited 2020/21 Ghana Premier League is set to commence from November 13 and preparations have started in full flow.